A veteran Nollywood movie producer, Lancelot Imasuen is in the eye of the storm after being accused of sexual molestation. 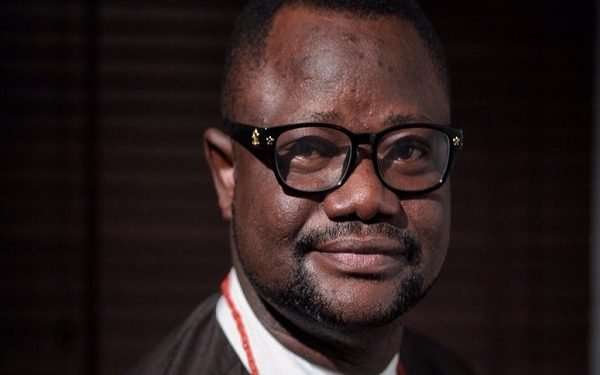 Lancelot Imasuen
Wife of top filmmaker, Amiua Imasuen, has come to the defence of her husband, Lancelot Imasuen accused of sexual molestation by actress, Sylvia Oluchi.
Recall that Actress Sylvia Oluchi had accused veteran movie director, Lancelot Imasuen, of sexually assaulting her, during a film shoot in 2008.
Spilling the information in a whatsApp group chat, filmic, Sylvia wrote: “When we were filming Bent Arrows back in 2008 in Abuja. You told me to come to your room in the hotel after shoot at night (we were all camped in the same hotel). You made some moves, when I refused, you physically pinned me to the bed and shoved your tongue down my mouth while squeezing my boobs.”
She also stated that her tears forced the veteran director to change his mind.
Reacting to the allegation, Lancelot's wife,  Amiua dismissed it saying she was on set of the movie where Oluchi claimed to have been molested.
She warned Oluchi and her ‘gang’ to steer clear of her husband who has built his brand through sweat and blood for the past 25 years.
Her statement reads: “I stand against rape, violence or any form of molestation be it male or female.
“Bent Arrows’ was my husband’s first film after we got married 13 years ago and I was with him during the audition and filming.
“Sylvia Oluchy I neither exalt nor bring low your allegations against my husband with this letter but be rest assured that your desperate attempt to solicit other females to also allege same thing against my husband I have them. When the chips are down you will understand in full what I mean.
“Sylvia stop losing sleep whether I was on that set or not. Remember the scene shot at Mrs. Isang’s house? We had a little prayer meeting and I specifically made a prayer request with one of the major cast in attendance and to the glory of God it has long been answered.
“If your issue is with how long I was there, were you filming in my husband’s hotel room or were you on set to monitor a newly wedded woman’s movement?
“In all this, you and your cohorts can be rest assured that I stand firmly with my Husband.
“I am a mother of four girls; a practising Accountant. If any of my bosses ever molested me, I would never go back to them to ask for favours talkless of being cordial with them over a period of 13 years…Dear Sylvia please be guided.
“To everyone standing and running with Sylvia well-done you are all entitled to your opinions but remember just as much as a girl child needs a lot of protection so does the boy child.
“When all the concentration is on the girl child is there a third gender for the girl to associate with? No wonder there are so many broken homes, no wonder so many damaged men are roaming the world.”
“My husband has built a brand for the past 25 Years through sweat and blood. If you and your gang think you will cast aspersions on him you sure picked a wrong person.”
Though the actress confirmed that Lancelot did not rape her, the allegation has since gone viral on social media.
Top Stories