A hotel owner is currently facing criticism for banning guests with a bodyweight of more than 130 Kilogrammes. 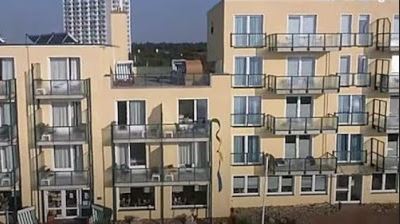 A hotel owner has been accused of discrimination after an online disclaimer said guests weighing over 20 stone should not book.

Hotelier Angelika Hargesheimer reportedly advised guests hoping to stay at her Beachhotel Sahlenburg in the beachside town of Cuxhaven, Germany, that the “interior is not suitable for people with a bodyweight of more than 130 kilogrammes.”

However, she says the disclaimer is not discriminatory and came up after she was sued by an overweight guest whose bed collapsed while he was sleeping.

The guest sued her for damages with the case being settled out of court.

She further explained that other overweight guests had struggled to get into the showers or complained of being uncomfortable on the chairs in the breakfast area.

Adding to her reasons, she explained her fears that overweight guests will damage her “classic” furniture, adding that she wants to have a designer hotel so she did not want to need sturdy furniture.

In order to avoid further legal cases, she decided to put up the disclaimer.

Despite the public criticisms, anti-discrimination experts say the policy does not appear to violate any rules. The Federal Anti-Discrimination Agency according to The Mirror said:

Only if an overweight person reaches the threshold of a disability does protection against discrimination exist. Therefore, it should be difficult for those affected to take legal action against provisions such as in the hotel you described, with reference to the General Equal Treatment Act (AGG).

In an argument against the anti-discrimination agency, a lecturer from the University of Bremen, Friedrich Schorb, said that while the hotel’s policy did not break regulations, it was humiliating and promoted the isolation of obese people.