An armed robber who stole some household items as well as the dog guarding a house has been nabbed. 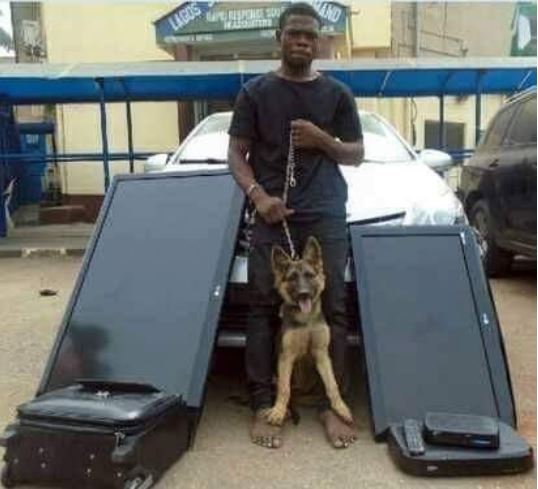 A man who stole household items alongside a security dog has been arrested by the Lagos state police.

A Nigerian Twitter user identified as Peter Ameh, @peter_ameh shared a photo of the suspect and said the robbery incident took place in Magodo.

He tweeted;  "Just to cut a long story short, The guy broke into a House in Magodo, Lagos & stole two Television sets, a decoder & other items. As if dat was not enough, he stole the Security Dog too 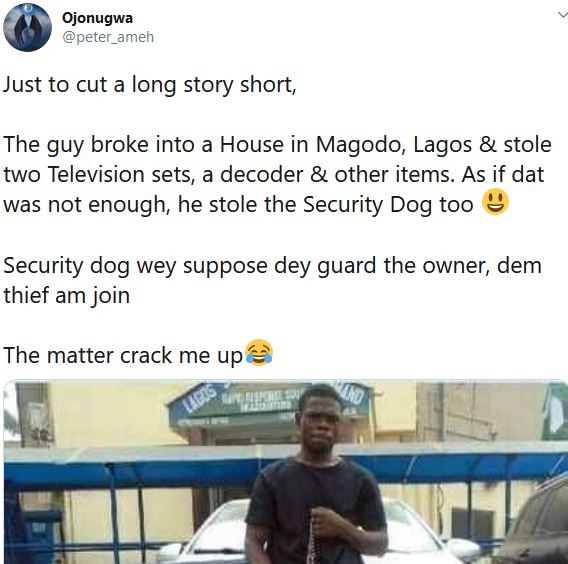