In what will come across as a rather startling development, some airport officials have been seen pushing an aircraft. 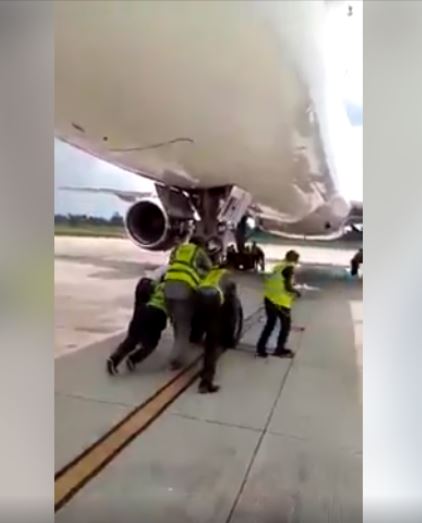 A video making rounds online has captured the stunning moment some Nigerian airport officials were seen pushing an airplane which supposedly had an issue.

A Nigerian man, who filmed the incident, was heard saying "wonders shall never end". The video has also caused quite a stir on social media.

This has led to an outcry on the lack of infrastructural development in the country as the airport officials should have used a tug in wheeling the airplane.