The university made this known in a press statement by its Registrar, Mrs Olubunmi O Faluyi, on Wednesday. 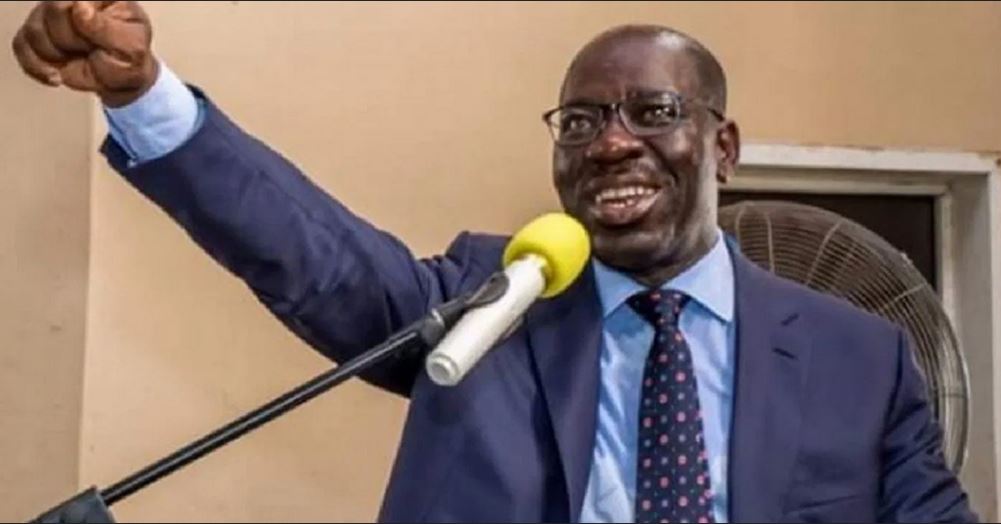 The management of the University of Ibadan has confirmed that Edo State Governor, Godwin Obaseki, graduated from the institution, The PUNCH reports.

The university made this known in a press statement by its Registrar, Mrs Olubunmi O Faluyi, on Wednesday.

The statement read, “Mr Godwin Nogheghase Obaseki, the Governor of Edo State graduated from the University of Ibadan where he studied Classics.

“Obaseki gained admission to the University in 1976 and graduated in 1979 with a Second Class Honours, Lower Division.

“Records of his Admission and Graduation are intact in the archives of the University.”

The PUNCH reports that National Chairman of the All Progressives Congress, Mr Adams Oshiomhole, Obaseki, on Tuesday, criticised each other over the first-degree certificate presented by the governor from the University of Ibadan.

Oshiomhole, in Abuja at the inauguration of the APC’s screening and appeal committees for its members contesting governorship primary in Edo State, expressed doubt over the authenticity of Obaseki’s UI certificate.

But the governor, through his spokesman, Crusoe Osagie, challenged Oshiomhole to go and confirm the authenticity of his certificate at the UI.

He also said the national chairman should tell Nigerians the university he attended.

The dispute, which began last year between Obaseki and his predecessor has defied efforts of the APC governors and the African richest man, Aliko Dangote, to reconcile the two politicians.

Doubting Obaseki’s UI certificate, the national chairman on Tuesday directed the screening committee to confirm it from the nation’s premier university

Oshiomhole said, “Someone should approach the UI and end this matter once and for all. If the certificate Obaseki parades is that of the UI, find out how did he pass senate screening of those days? I’m aware that in those days when this man never dreamt of becoming a governor, every student, no matter your status or your family name, must pass the screening.

“It is done every third term at the UNN (University of Nigeria Nsukka), then we ran terminal not semester programme. The final screening was in the third year, before you go in for your final year.

“How comes the UI allowed him then. Did he do a remedial? which was not unlikely. These are questions. Many came in especially in education and linguistics, did remedial for one year and if the result was good, gained direct entry and graduated three years after.’’