A little boy has lost his life after kidnappers snuffed life out of him in Kogi state. 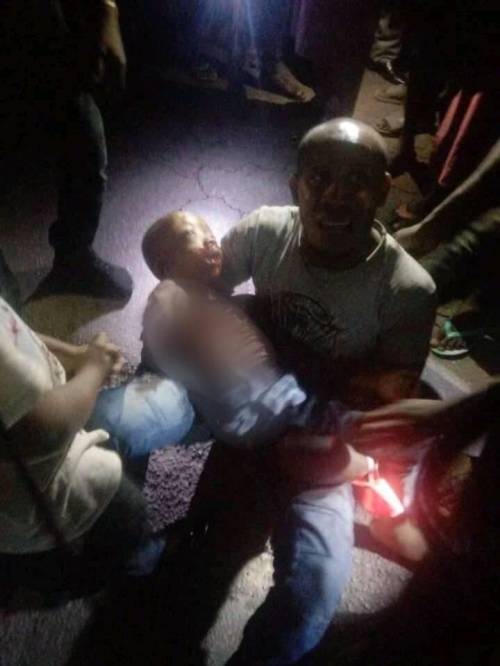 The little boy killed by kidnappers
Some unknown gunmen suspected to be kidnappers on Wednesday night killed a little boy between Acheni and Gegu villages in the state.
According to Sahara Reporters, the incident happened around 9:38pm, hours after the hoodlums had killed four persons and abducted many other passengers in a commercial bus in the same area.
A resident, who narrated the incident to SaharaReporters, said, "Just now, the kidnappers have come out again around 9:38pm. This little boy was killed in the same axis four people were killed this morning.
"Please help us post them, kidnappers are killing us on a daily basis here."
Top Stories