Nigerian Woman Who Accused About-To-Wed Schoolmate Of Raping Her, Dragged To Court


A University of Nigeria, Nsukka lecturer accused of raping his classmate has taken the lady to court. 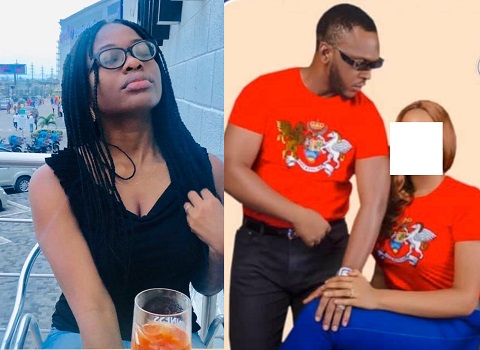 Ebele Muogbo accused the schoolmate of forcing himself on her
A Nigerian woman who took to social media to allege that a schoolmate who is about to wed sometime ago raped her has been dragged to court for allegedly lying.
The accuser identified as Ebele Muogbo a.k.a Lighthouse Beacon was accused of making same allegation in 2015 and 2017 in spite of allegedly engaging in consensual sex with Femi Oloidi who is now a lecturer at University of Nigeria, Nsukka.
The petition filed against Muogbo and her friend identified as Mark Anthony Osuchukwu reads: 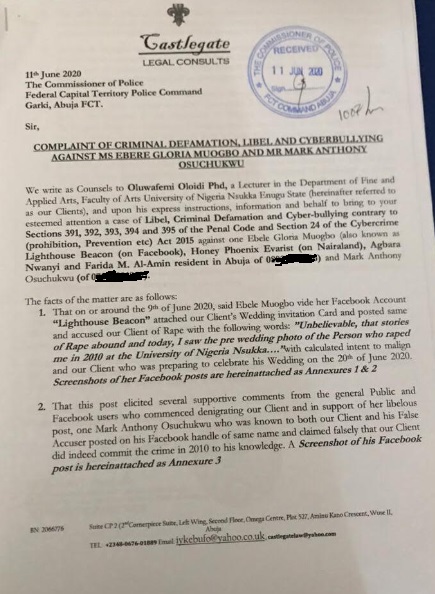 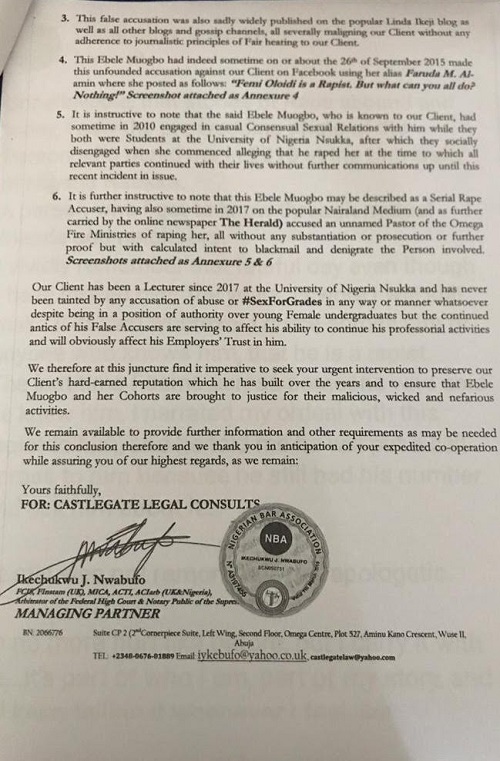