In its reaction to the high drama, the PDP described the use of firearms in the Villa as distressing. 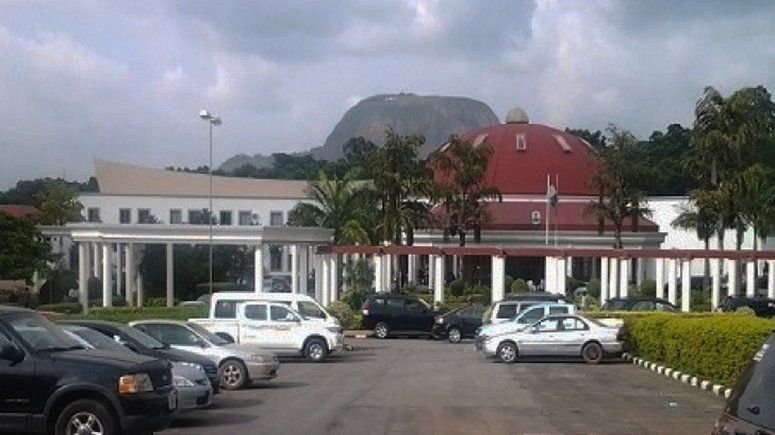 According to The Sun, the People’s Democratic Party (PDP) has said it is alarmed by the reported shooting and security breaches within the precincts of the Presidential Villa, Abuja, reportedly during a squabble between President Muhammadu Buhari’s family member and some of his aides.

The PDP in a statement by its National Publicity Secretary, Kola Ologbondiyan, yesterday, expressed worry that an alleged protracted spat between the First Lady, Aisha Buhari, and the president’s aides had degenerated into “violent combats, raids, and free use of firearms within the Presidential Villa.”

It was alleged that fracas had ensued when a nephew of President Muhammadu Buhari simply identified as Sabiu, who traveled to Lagos to meet his wife who gave birth, returned to the Presidential Villa where he resides and was asked to go on self-isolation to ensure that he did not bring in the dreaded COVID-19 into the residence.

It was further alleged that the said Sabiu  contended that he was not the only aide that traveled to Lagos, insisting that the new Chief of Staff, Prof. Ibrahim Gambari, always traveled to Lagos and returned to Abuja to continue with his work yet the heavens did not fall.

The said Sabiu, it was further alleged, had refused to leave the Presidential Villa even after the First Lady, Aisha Buhari, and her three children intervened apparently pleading with him to leave.

Following efforts at getting Sabiu to comply,  the First Lady’s ADC was alleged to have fired some shots, prompting  Sabiu to flee the scene; but he later returned to arrest the aides of the First Lady.

In its reaction to the high drama, the PDP described the use of firearms in the Villa as distressing. The party demanded an immediate probe into the security breaches and alleged violation of the COVID-19 ban on inter-state travels by officials and relations of the President, which was said to be part of the immediate causes of the latest disturbances in the Presidential Villa.

“Our party is disturbed by such an ugly situation in the Buhari presidency, which has already heightened apprehensions in the public space over the apparent failure of security architecture and central command system in the presidency leading to such reckless and irresponsible breaches.

“The chaotic situation in the Presidential Villa only points to the failure of President Buhari to provide leadership that can guarantee orderliness in governance and effectively ensure the security of our nation.