A serving member of the House of Representatives has announced the appointment of 79 aides. 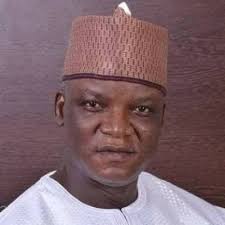 Hon. Shehu Nicholas Garba
A member of the House of Representative member representing Jema’a/Sanga Federal Constituency, Hon. Shehu Nicholas Garba has raised questions after appointing 79 aides that will assist him in the discharge of his responsibilities to his constituent.
The appointment was made public in a statement issued by his Adviser on Media & Publicity, Mr Mock S. Kure and made available to newsmen in Kaduna.
Hon. Garba who is the Chairman House Committee on anti corruption in the statement congratulated Nigerians and particularly his Constituents for the feat recorded by the Country in the 21 years of unbroken democracy.
He called for Unity and Peaceful coexistence amongst his constituents, stressing that it is needed for the attraction of democratic dividends.
The Lawmaker further called on his constituents to continue to play their roles in deepening Democracy by not only actively participating in the electoral process but also constantly engaging elected and appointed officers on their mandate.
He assured them of his commitment to support the Amendment of the Electoral Act and the Country’s Constitution to accommodate electronic Voting which will completely surrender power to the thumb of the voter not the sharp practices of anti-democratic agents.
The list of the 79 aides cut across the 23 wards that make up the Jema’a/Sanga Federal Constituency, with responsibility covering: Legislation, Liaison, Political Affairs, Strategy, Women/Youth Mobilisation , Media, Elders Council, Physically challenged among others.
According to Hon. Garba “these Aides were chosen on the basis of their competence,deep commitment to the PDP and grassroot-orientation and are expected to contribute in bringing representation closer to the people.
He further noted that “these appointments will help in empowering and motivating Party Faithfuls and also contributes to the sustenance and visibility of the party in the Constituency.
Though he is entitled to only 5 official Aides, Hon. Garba has decided to increase the number to 79 with the additional commitment being borne personally."
Top Stories