The suspected cult members who started the fight in the club have been arrested and detained by the Turkish police. 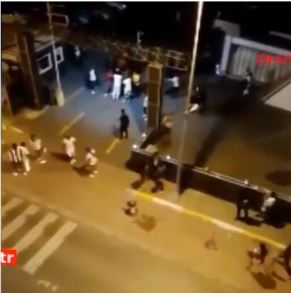 Tension As Nigerian Cultists Clash In Turkey Leaving Many Injured

Many people were injured on Tuesday June 16, following a fight between Nigerian cultists in Avcilar, Istanbul.

The fight between Ayes and Mafians in the Turkish capital began at a nightclub around 3:30am.  DHA reported that some Nigerians involved in the fight which centered "on a girl", have been arrested by the police.

The fight took place on Tuesday, June 16 at a nightclub. It was further gathered that the fight between Ayes and Mafians occurred over a girl 🎥DHA