3-0: Our Defeat To Manchester City Was My Fault - David Luiz


David Luiz said he was to blame after he gave away a penalty and collected red card in their match against Manchester City yesterday. 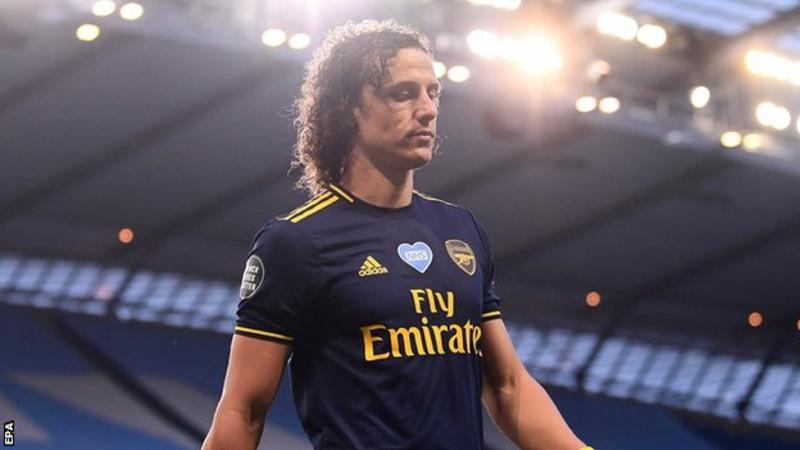 David Luiz
Arsenal defender David Luiz accepted responsibility for their 3-0 defeat at Manchester City, but said he still hopes to play for the club again.
Luiz, who is out of contract at the end of the month, was sent off to cap an error-strewn return to action.
"It's my fault," the 33-year-old said. "The team did well, especially with 10 men. The coach is amazing, all the players are amazing, it was my fault.
"I want to be here. The coach knows. He wants me to stay."
Luiz only joined Arsenal last summer - moving from Chelsea on deadline day for £8m - but he was left on the bench against City amid confusion surrounding his contract status.
He came on in the 24th minute after Pablo Mari was injured, and was at fault for Raheem Sterling's opener.
He then hauled down Riyad Mahrez to give away a penalty and was sent off. The suspension will mean he has played his final game for Arsenal unless he extends his deal.
"I should have taken a different decision in the last two months but I didn't," he told Sky Sports.
"All about my contract, if I stay here or not. I have 14 days to be here and that's it. I should have tried to decide my future as early as possible, but I didn't.
"I don't want to use that as an alibi or excuse, it's my fault - that's it. I love to be here. That's why I continue to train hard."
Arsenal boss Mikel Arteta would not criticise the defender, and said his display would have no bearing on a decision to exercise the option on his contract.
"He has spoken in the dressing room," Arteta said. "David is someone who is very honest.
Culled from BBC Sports
Top Stories