The man's wife, Dorcas, said that he was released on Friday evening after spending 45 days in police custody. 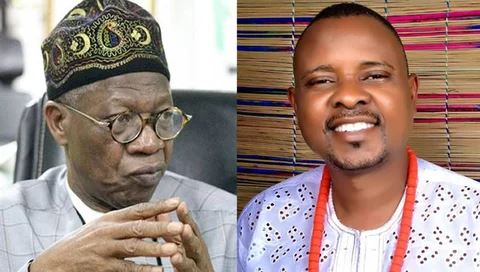 The Nigeria Police Force has released Rotimi Jolayemi, the broadcaster who insulted the Minister of Information and Culture, Alhaji Lai Mohammed, in a song that went viral on social media.

His wife, Dorcas, told The PUNCH that he was released on Friday evening after spending 45 days in police custody.

She said, “I am very thankful to The PUNCH for putting the authorities under pressure to release my husband who was illegally detained. He was finally released this afternoon by the police. He was, however, asked to return on Monday to sign some papers.”

Rights group, Amnesty International, had called on the police to release Jolayemi, who had spent more than five weeks in custody before he was finally arraigned in court on June 11, 2020

Jolayemi, who anchors a Yoruba radio programme, ‘Bi aye se ri’ on Osun State Broadcasting Service and Radio Kwara, was on May 5, 2020 arrested by the police.

Earlier, his wife, Dorcas, and his two brothers were arrested and spent over a week in police custody when they could not produce him. However, after the journalist had turned himself in, they were released.

Jolayemi, who is the Vice-Chairman, Freelance and Independent Broadcasters Association of Nigeria, Osun State chapter, was subsequently brought to Abuja where he remained since May 7.

On June 11, 2020, a Federal High Court in Abuja ordered his remand in police custody.

At the trial, Jolayemi pleaded not guilty after he was arraigned on six-counts bordering on the alleged distribution of an audio file said to have caused annoyance, ill will, hatred, and insults towards the minister.

According to the police, the offence contravenes section 24(1)(b) of the cybercrimes act 2015.