The Kano politician claims she introduced President Buhari to politics and she knows he is also a Democrat. 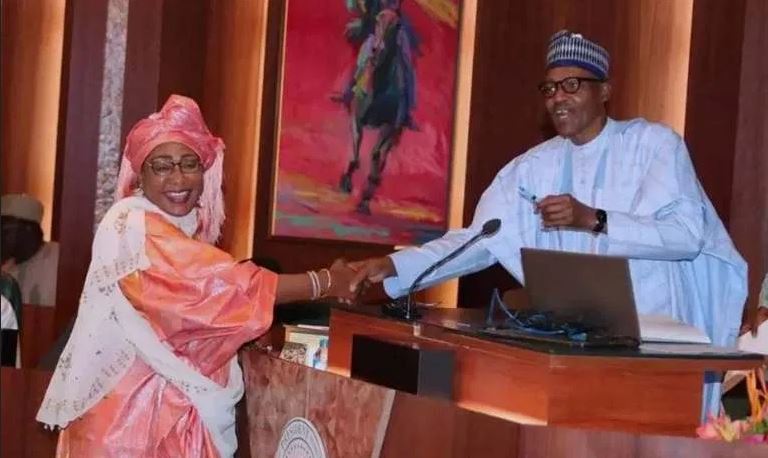 The first Kano State female politician to become a senator, Hajiya Nàja’atu Mohammed has hinted that she introduced President Muhammadu Buhari to politics.

She made the statement while reacting to the recent attacks by bandits attacked in Dansadau community of Zamfara state this weekend, where no less than 15 persons were killed.

A BBC Hausa service report monitored on Sunday by Vanguard reported the police in Gusau had confirmed the latest attack on the Zamfara community, in which lives were lost.

The outspoken Kano politician, however, told the RFI Hausa service in an interview, that she introduced Buhari to politics and had told the world that the President was a democrat.

Nàja’atu Mohammed expressed her discontent with the recent happenings in the polity and condemned the detention of peaceful protesters against continued killings in the North.

Hajiya Naja’atu Bala Muhammad according to Wikipedia article is the first Kano State female politician to become a senator, which she represent Kano Central District.

Muhammed is the widow of Dr Bala Muhammed, a political adviser to Second Republic Governor Mallam Abubakar Rimi. Her husband was murdered 28 years ago by a mob that caused a rampage after the Mallam Muhammadu Abubakar Rimi issued the Emir of Kano, Ado Bayero a query.