The PDP had, last week granted a waiver to Obaseki and Philip Shaibu, his deputy, to contest on its platform. 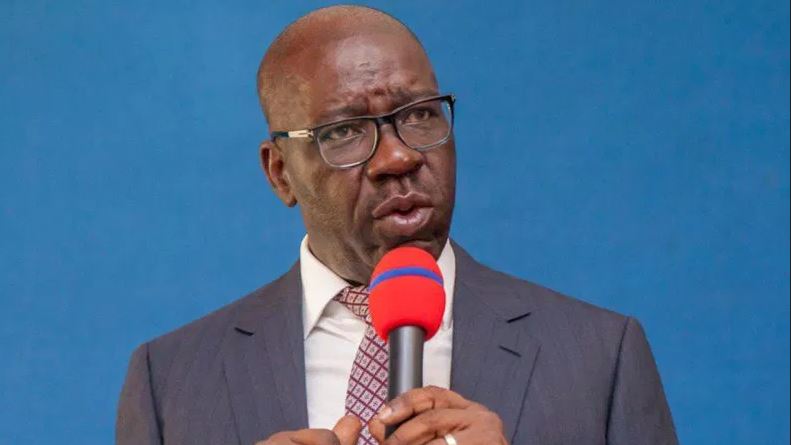 Justice Obile gave the order in a suit filed by another PDP governorship aspirant, Omoregie Ogbeide-Ihama, who insisted that Obaseki did not purchase PDP form or undergo screening within the time-table schedule.

The Court, which fixed hearing on the suit for Wednesday, June 24, 2020, also okayed accelerated hearing and determination of the Motion on Notice for Interlocutory Injunction.

Obaseki resigned his membership from APC on June 16 and defected to PDP on June 19 with the hope of being the party's flagbearer in the Edo state governorship election. 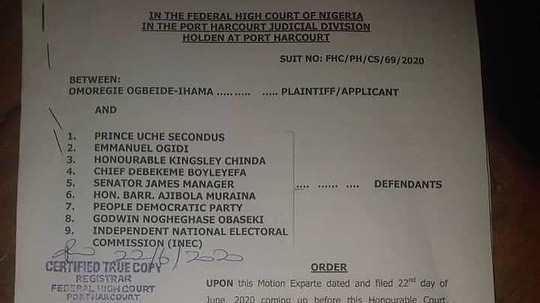 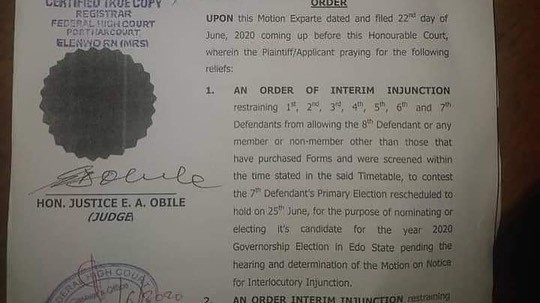 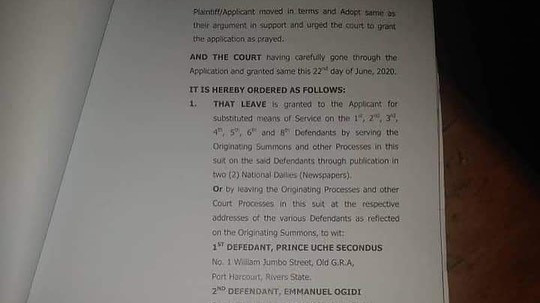 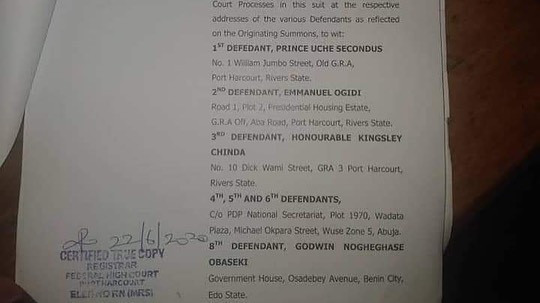