More gory photos of the incident involving a man that killed his wife before taking his own life have been revealed. 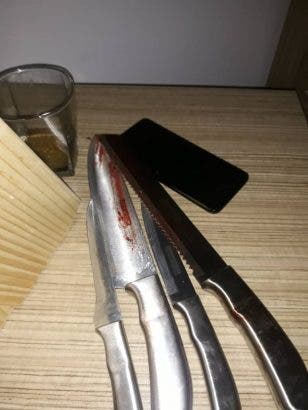 The weapon the man used in killing his wife
A photo showing the scene of the murder-suicide that happened in Lekki has been revealed.
It shows the final moments for the couple who died following an altercation between the man and the woman over paternity of their children.
Recall that we reported how the man, Chris Ndukwe, 39, brutally stabbed his wife, Olamide, 25 to death before killing himself some days ago.
He was said to have killed his wife after a mandatory DNA test they took for their Canadian visa showed that he was not the father of one of their children.
The tragic incident happened at their home in Victory Park Estate in Lekki, Lagos. 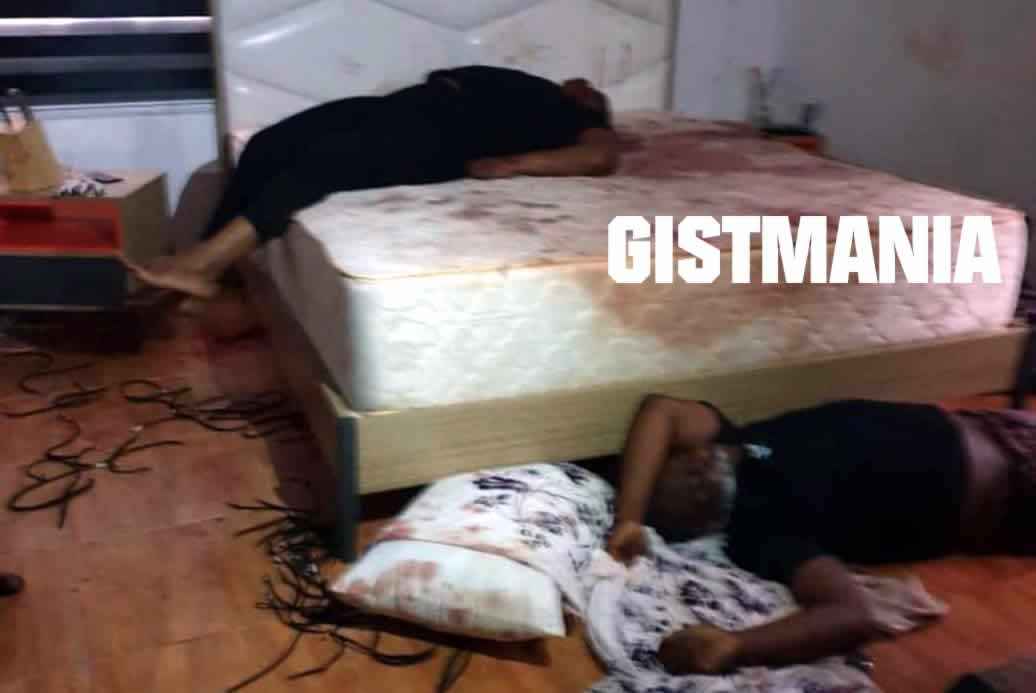 He then allegedly stabbed her viciously in the eyes, then about 11 times all over her body. Following the horrendous murder, he is said to have drank sniper in an act of suicide.
Top Stories