The victim explained that he was on his way to distribute palliatives in some parts of the state on Saturday when he was accosted by the policemen. 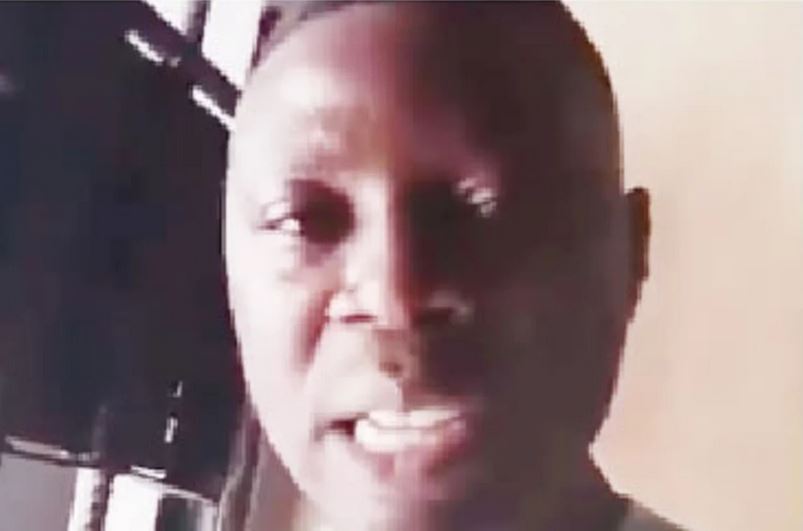 The PUNCH reports that the Secretary of the Ado-Odo/Ota Local Government Area of Ogun State, Muyideen Lameed, has accused policemen attached to the Ketu Police Post of brutalising him for daring to challenge them for not wearing face masks while enforcing COVID-19 directives.

The victim told PUNCH Metro that he was on his way to distribute palliatives in some parts of the state on Saturday, June 13, 2020, when he was accosted by the policemen.

The officer, who was enraged, allegedly slapped the council secretary and ordered his men to beat him up.

Lameed told our correspondent that he was arrested and locked up in a cell as the policemen vowed to teach him a lesson.

He said, “On my way from Lusada to Alapoti around 10.55am on Saturday, on a motorcycle to continue the distribution of the COVID-19 palliatives, we got to a checkpoint in front of a police post around Ketu manned by officers of the Nigeria Police Force, the Man O’ War and the Ogun State Community Social Orientation and Safety Corps, who stopped us.

“A policeman, ASP Lamidi Ajoba, queried me on why I was not wearing my face mask properly, because it was below my chin, and he ordered his subordinates to arrest me.

“As he ordered my arrest, I put a question to him on why he was not wearing a face mask and he said he was going to teach me a lesson for daring to challenge him.

“I was still sitting on the motorcycle and thinking that he would ask me to wear my face mask properly and allow us to go or give me a chance to explain why I didn’t wear it correctly, because I’m an asthmatic patient, but he didn’t do that; the next thing I knew was that he slapped me on my face and ordered his subordinates to arrest me.

“Immediately, he slapped me, a woman, who is an occupant of one of the POWA shops beside the police post shouted and asked the cops if they didn’t know who I was, but ASP Ajoba threatened to shoot the woman if she didn’t shut her mouth.”

Lameed stated that before he could disembark from the motorcycle, Ajoba slapped him again and his subordinates took over.

He added, “I was beaten and dragged on the floor into the premises of the police post by four cops, two So Safe personnel and one Man O’ War operative on the order of ASP Ajoba.

“I was locked up in a cell. As I was wondering how such a thing could happen to me in my area while on an official assignment, I discovered that my mobile phone was still in my pocket, so  I called my chairman, but he didn’t believe me, because he thought that should be the last thing that could happen to me.

“I called my elder brother, but his line was not connecting and as I was trying his number again, ASP Ajoba came to where I was and saw that I was making calls, so he ordered that I should give him my phone, which I refused and said except he would kill me and he said that if I wanted him to kill me, he was going to do that.

“He called on his subordinates to bring the key to the cell as well as tear gas and a pair of handcuffs, but before they could do that, I started a Facebook live video in the cell notifying the public of where I was and what the police had done to me, but as I was making the live video, my phone went off and the officers opened the cell and started beating me again.

“While I was in the cell, I heard my elder brother’s voice asking about my whereabouts and what they had done to me, and how they could not continue keeping me in the cell, but they slapped him on the face.

“Immediately after that, ASP Ajoba started making calls to other officers on patrol that the police post was under attack and they should start coming back, but by the time those officers came, one of them, who knew my brother, asked him what he was doing there and my brother explained what happened to him and the officer came to the cell and asked what happened and I started crying.

“The officer called ASP Ajoba and the other policemen to his office and after some minutes, they came out and told me to follow them into the office along with my brother and as soon as we joined them, ASP Ajoba started appealing to me to just take it as an act of God and that he regretted that such a thing happened.”

The council secretary told our correspondent that he reported the matter at the Agbara Divisional Police Headquarters after he was released.

Lameed, who said efforts to get the state command involved in the matter had proved abortive, accused the Police Public Relations Officer in the state, Abimbola Oyeyemi, of downplaying the incident.

He added, “I put a call to the command’s PRO and narrated all that happened and he asked that I should come to his office and when I got there, he was trying to defend the officers, not minding what has happened to me, but when he realised that I was talking with facts, he called an officer to take my statement.

“From his countenance, I realised that he was not ready to handle the case the way it should be handled. I want the law to take its course and the disciplinary department of the police to look into the matter.”

Reacting to the allegations, Abimbola said, “The secretary was confrontational with the police when he was stopped at a checkpoint and when he came to my office. I asked him to come at an appointed date when those officers would be around so that we could hear from the both sides, but up till now, he hasn’t come; he was just moving from one radio station to the other.”