The immediate younger brother of the deceased, Mr Ejike Ugwueze, stated this on Tuesday. 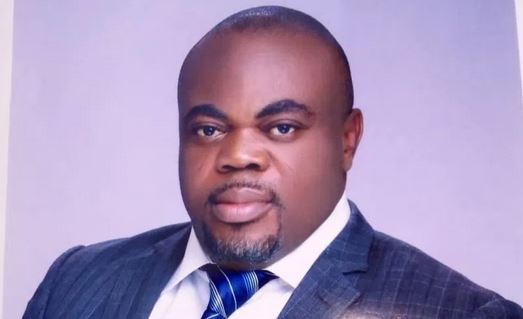 The family of late Enugu lawmaker, Chijioke Ugwueze, has disclosed that the politician died of heart failure and not coronavirus as reported in some media, NAN reports.

The immediate younger brother of the deceased, Mr Ejike Ugwueze, stated this on Tuesday, when the wives of Enugu lawmakers, led by the wife of the Speaker, Mrs. Nnenna Ubosi, paid a condolence visit to the family in Enugu.

Chijioke Ugwueze was a member representing Isi-uzo Constituency in the Enugu State House of Assembly. His death came less than a week after the death of the Chairman of Nsukka Local Government Area, Chief Patrick Omeje.

According to Ugwueze, the family was embarrassed by some media reports that the late legislators died of Covid-19, maintaining that his brother died of heart failure.

He asked the public to disregard the report, which according to him was baseless and malicious, describing those peddling the report as the enemy of the family.

“Those saying that my brother died of coronavirus are not only the enemy of the family but are also rejoicing over his death.

“It is even written boldly on his death certificate that the cause of the death is heart failure, I wonder where some people came up with this coronavirus story,” he added.

Late Ugwueze died on a Friday at the Enugu State Teaching Hospital Parklane at the age of 49.

Earlier, while condoling the wife of the departed lawmaker, Mrs. Amaka Ugwueze, the Speaker’s wife said they were saddened by the death of her husband.

Mrs Ubosi noted that legislators’ wives were mourning his demise because of his contribution to the development of the state.

“As one big and happy family that Enugu state is known for, we are equally mourning the death of your husband with you. He was very good to us when he was alive,” she added.

The speaker’s wife assured Mrs Ugwueze that they would not abandon her at this grief moment of her life.