The culprits responsible for the death of the wife of Maersk Md have been apprehended and are currently facing trial. 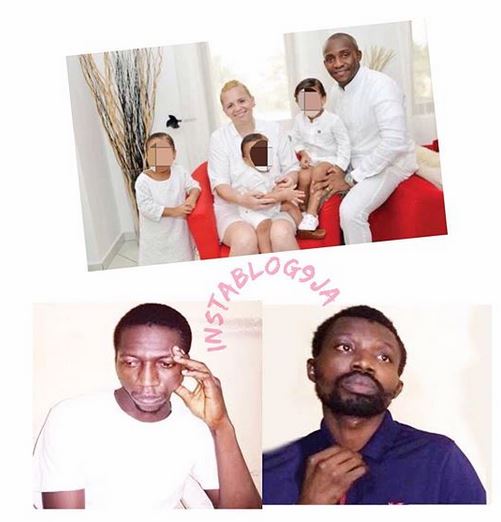 A Lagos High Court sitting in Igbosere, has remanded two cousins, Olamilekan Oke, 33, and Akande Adeyinka, 27, at the Ikoyi correctional centre, over alleged rape and murder of Bernadette, 44, the Hungarian wife of Gildas Tohouo-Tohouo, the managing director of Maersk Nig. Ltd. .

The duo were arraigned before Justice Modupe Nico-Clay, who remanded them after they had taken their plea. The defendants are facing eight-count charge bordering on conspiracy, murder, attempted murder, unlawful assault, robbery, armed robbery, and rape, preferred against them by Lagos state government. .

The Lagos state prosecuting counsel Mr Moyosore Onigbanjo SAN, Attorney General and Commissioner for Justice, who led the Director of Public Prosecution DPP, Mrs Adeyinka Adeyemi, told the court that the defendants conspired to commit the alleged offences on December 8, 2019. .

He said that the incident took place at about 7:30 pm at flat 7A, No 1, Lugard Avenue Ikoyi Lagos. Onigbanjo said “Olamileka, on December 8, 2019, at about 7: 30pm, unlawfully had sexual intercourse with Bernadetta,” .

The prosecutor further told the court that the defendants unlawfully killed her by suffocating her to death with a small pillow. Onigbanjo SAN, said that the duo also attempted to unlawfully kill the husband by stabbing him severally on the neck, head and back with a knife and dagger. .

Onigbanjo told the court that the defendants robbed them of several properties. However, the defendants who are technician and printer respectively pleaded not guilty to the charge against them. Consequently, Justice Nico-Clay, adjourned the case till June 30, for trial.