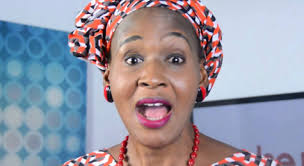 Kemi Olunloyo
Nigerian journalist, Kemi Olunloyo has listed 13 questions Dbanj's rape accuser, Seyitan must answer following her rape allegations against the musician.
She shared as seen below.
I’m Investigating Seyitan Babatayo’s rape allegation claim involving DBanj. I can’t find a visible source of income for her yet she jetsets around the world. Who is sponsoring these trips with so many exotic hotels? She says she sleeps naked in hotels? I need to know more about her ALLEGED KIDNAPPING by DBanj’s team. I’m asking these questions and I need answers from her Legal, Feminists and Activists team.
At what point were you kidnapped and by who and how?
What transpired on your journey to the so-called hideout? Were you blindfolded?
Where were you kept? Isolated or an uncompleted building?
Was it a direct ride from the point of kidnapped to the hideout?
What was the point of kidnap?
Did you reach out to your mum friends during or after the kidnap?
Did you or did you not send anyone your location?
Did you at any point raise an Alarm?
Where you kidnapped alone or alongside someone?
From the station to your house/hideout did you at any point speak with your mother?
What action did your family take?
During your kidnap what happened from when you were picked up till when you were released?
Did you make or receive any calls from your number during this kidnap window
If you know Seyitan Babatayo pls help me get answers.
Top Stories