Hushpuppi: Fraud Does Not Represent Who We Are - Dabiri-Erewa Speaks


The NIDCOM boss stated this while condemning the audacity of Ramon Abass aka Hushpuppi to commit crimes and still “show-off”. 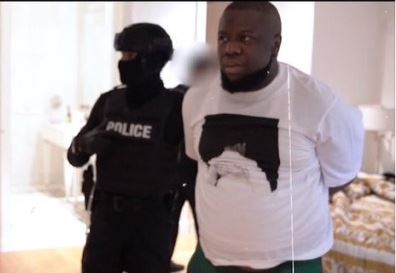 Hushpuppi during his arrest

The Chairman of the Nigerians in Diaspora Commission, Abike Dabiri-Erewa, says criminal acts such as fraud do not define the Nigerian people.

The NIDCOM boss stated this while condemning the audacity of Ramon Abass aka Hushpuppi to commit crimes and still “show-off”.

The PUNCH had earlier reported how the Dubai Police Force in the United Arab Emirates arrested the Nigerian known for flaunting his luxurious lifestyle on Instagram.

The DPF revealed that upon the arrest of Hushpuppi and 12 other members of his gang, including Olalekan Ponle, aka Woodberry, they discovered that fraud amounting to 1.6 billion dirham (N168bn) had been perpetrated by the gang.

Reacting on Thursday evening, Dabiri-Erewa said the crimes perpetrated by Hushpuppi and his abettors dented the image of Nigeria, stressing that the law should take its course.

“Committing a crime and still having the audacity to show off. Ramoni Igbalode aka Hushpuppi. This is really denting to our image as a people, but like I always say, fraud does not represent who we are as Nigerians. Hardworking. dedicated, committed.

“Whether your name is Ramoni Igbalode or Invictus Obi, crime is crime. The law must take its course. To those countries, another Nigerian has committed a crime. While we will call out those who soil our image, we will always celebrate the millions of Nigerians making us proud,” she wrote on Twitter.