After being accused of raping a fellow doctor, a Nigerian man based in the UK has finally reacted. 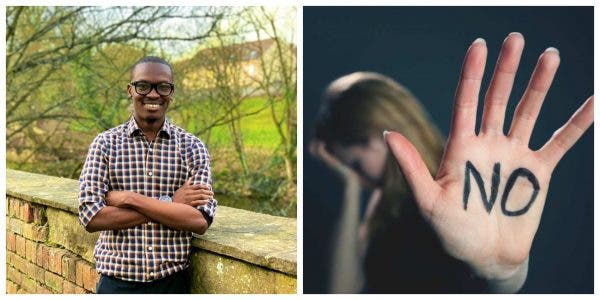 Dr Funmilayo Harvey accused of rape
UK-based Nigerian medical doctor, Dr Funmilayo Harvey accused of rape by another doctor Dr Bola Aseyan, has finally reacted.
In a post he made on Twitter, the doctor admitted sleeping with Aseyan twice but denied raping her. He said that they met on Twitter in 2019 and despite never setting eyes on each other, the relationship was never stable.
He further revealed that Bola, who is a practicing doctor in Nigeria, and not the UK, insisted on coming to the UK to visit, for reasons best known to her, as her Visa was initially not granted.
According to him, they had consensual sex, twice. The 1st being after they were both drunk, only for her to tell him the next day she didn’t give her consent to the sex they had.
He then mentioned that he specifically asked her if she was insinuating he sexually abused her and she replied saying NO
In his rebuttal, Harvey wrote on how he accommodated Bola for 4 months in his apartment despite the duo not being in talking terms, and his only crime was him not allowing her into his heart.
You can read the full story from the twitter thread below:
He wrote:

The rebuttal (Part 3).
Thank you all. Good night.