Niran Adedokun explains that Hushpuppi (if he is truly found guilty) and his ilk including the bandits, rapists and insurgents all around, are signs that Nigeria is on the edge of the precipice. 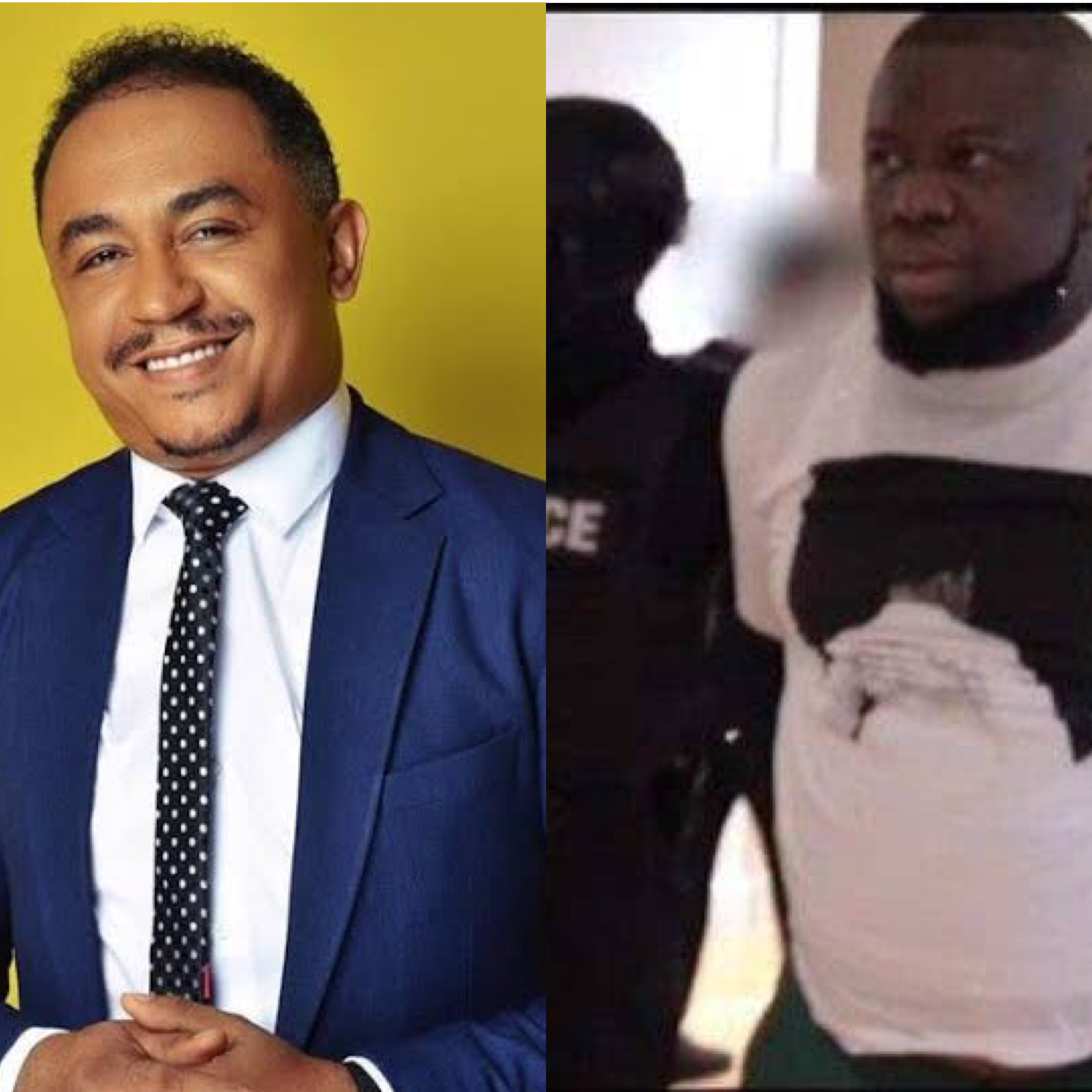 The broadcaster, ‘Youtuber’ and self-proclaimed preacher, Ifedayo Olarinde, also known as Daddy Freeze, is a subject whose interests almost always invite attention.  As a person though, I have resisted the temptation to join debates about his views on some charismatic preachers.

Although I always felt his stand are sometimes extreme and borne out of a fragmentary understanding of the psychology of man in relation to the God he serves, my judgement is always tempered by the conviction that life is “live and let live.”

The Creator gave every man the ability to think and decipher issues as we see them. Those who believe in God look forward to a day of reckoning when accounts would be rendered to the Supreme Being. More so for those who claim to have been called into the service of God. In their own case, in fact, the Christian holy book indicates that they will answer for themselves and every prospective believer who is misled by their teachings, action or inaction. So, arguments for and against views held by the popular broadcaster about faith and its practice in Nigeria are a waste of time, in my opinion.

However, last week’s revelation of his seemingly casual relationship with Mr Raymond Igbalode otherwise known as Hushpuppi, who was arrested in Dubai, the United Arab Emirates for alleged fraud, raises a few issues about Olarinde and the gospel he preaches.

For the avoidance of doubt, the broadcaster stands on solid ground when he insists on his right to be friends with anyone, even if they were convicted criminals. However, in Hushpuppi’s case, he had no idea that the man had any other means of livelihood aside from being an “influencer”. It is even possible to overlook the fact that not even the Mark Zuckerbergs of this world live in the affluence that social media influencing, and whatever other business the Malaysia-based Igbalode was involved in, have thrown on him. The point is, Daddy Freeze was oblivious of the alleged crooked ways of his friend. And how would anyone suspect when in the few moments they spent together post-dinner, Hushpuppi got calls from Gucci, Versace and Louis Vuitton but not one single criminal. We can also conveniently overlook the fact that all these companies and the owner of the new restaurant, who grovelled to have Hushpuppi’s company as revealed in a video on Daddy Freeze’s Youtube page are capitalists who do not care whether anyone with money just killed their mother. The most important point here is the media personality had no idea in whose den he dined and wined.

Another creditable point Daddy Freeze made is that the one who “called” him, (Yeshua) would not discriminate against anyone, even if they were criminals. In other words, even if Husspuppi has just come out of jail, neither of Daddy Freeze’s calling as a newshound or preacher allows him to discriminate.

The gentleman-preacher argued this point vehemently in the video. To drive his point home, he quoted from Mark 2:15 and challenged his followers to explain the scripture with “5k up for grabs.” This passage of the Bible speaks about Jesus Christ dining in the house of Levi, a tax worker and that many other sinners sat together with Jesus and his disciples. It turned out that his followers were more interested in expressing their disappointments in their “hero,” something he did not have the grace to take kindly. And it was at this point that Daddy Freeze fell into the same error he criticises about pastors.

Let us start with the Bible passage; Jesus truly sat with these sinners. He actually literally ordered Levi to follow him. At the end of that verse, the Bible also says of these sinners: “For there were many, and they followed Him.”

Now, “follow Him” here implies that they repented of their sins and became followers of Jesus. The implication of what happened in this passage and the continuation until verse 17, is that being part Divine and Omniscient, Jesus actually knew that these ones were called to be His followers, just as He knew from the outset that Judas was called to betray Him!  So, the question is, was Daddy Freeze on a soul-winning mission to Hushpuppi?

Of more concern is the revelation that the preacher shows himself susceptible to the same emotions he accuses other preachers of. Like some men of God who have turned themselves into gods of men, Daddy Freeze waxed so much in this video that he came out as utterly infallible and unaccountable to anyone. He actually said as much. After flaunting the N5,000 giveaway, he said: “…And you know, my problem with you is… Nigerians are the funniest of people. I am glad I am not accountable to you people, una dey pay my bill? Why am I accountable to you people?” But no sir, you are wrong!

You cannot claim you are only accountable to God when you have a multitude believing in your teachings. And this feeling of superiority leads to pride and so many other vices! The Apostles in the Bible submitted to one another and had respect for the needs and desires of the Church who did not have to pay their bills. The Bible which Daddy Freeze quotes actually speaks about the futility of claiming to love God (whom you cannot see) when you do not love the man you see!

That takes us to the way this man humiliated some of his followers. When one of his followers said he didn’t need his N5,000, Daddy Freeze responded: “Just look at his face, you don’t need N5,000 bro, you need N1.5k to revolutionise your life. Comot for there jo, na your type I dey find….wetin I go tell you, if you no drink sniper, na small e go remain…” Really, preacher?

Another follower cautioned him against cursing the fathers and grandfathers of his critics as he repeatedly did, Daddy Freeze quoted from Matthew 23:13 and 17 where Jesus speaks to Pharisees and scribes calling them “blind fools”. He justifies his position by saying Jesus was in his 30s here and abusing people who were in their 70s, 80s and 90s. “Were they not old enough to be his father…? I learnt from my Master…” And when one of his followers pointed out that the context of Christ’s insult was different, “he was addressing fools, I am addressing fools too,” he fired back. It is pointless recalling the unprintable things he said after.

A point of correction needs to be made here though. Jesus was talking to religious leaders who were hypocrites and cons, in this passage. His attention was on getting people into heaven, he addressed these people as fools because they knew the truth but were misleading a lot of candidates of heaven. Daddy Freeze was clearly not speaking about heaven.

Assuming without conceding that Jesus was speaking to fools however, there is a particular thing Jesus never did that Daddy Freeze exhibited in this video and his Dubai dinner with Hushpuppi. It is the derision of the poor attended by the salacious worship of the obscene display of lucre! From the people whose fathers should beg to become Hushpuppi’s drivers, to the people who earn N35,000 and all, it is disappointing that he chose not to exhibit the compassion and humility of his Master here. Just as the rain of curses on those who hold contrary views is unlike Jesus who prayed for His enemies, even at the point of death!

And concerning Hushpuppi, it is tragedy foretold. One which should worry and inspire Nigerian leaders to have a quick rethink about the direction the country is going.

Let me conclude with a quote from “We kill militants, but in vain,” article published on this column on August 4, 2016. “Although Nigeria is said to have a total of 430 higher institutions with 520,000 admission spaces, as of 2013, 1,735,729 sought admission in that year alone. The implication is that about 1.2 million youths were unable to gain admission, a situation that has not improved in any significant measure till date. Nigeria is neither able to get most aspiring young ones into higher education postings nor provide employment for hundreds of thousands of those who graduate from institutions yearly. We therefore have a crowd of agile, restless but idle and angry youths on our hands. My suggestion is that the country work towards providing more opportunities for its young ones to get educated. If children do not get formal placements, a serious country must provide alternatives for them. Serious attention also needs to be paid to providing gainful employment for the youths… What about exploiting the massive opportunities in agriculture, entertainment and sports? Nigeria must also deliberately re-orientate its youths discouraging the get-rich-quick-by-all-means mentality that has possessed the soul of our nation.”

He who sows the wind will reap the whirlwind, a saying goes. Hushpuppi (if he is truly found guilty) and his ilk including the bandits, rapists and insurgents all around, are signs that Nigeria is on the edge of the precipice. Sure, this should worry everyone!