Nigeria's President has given an order for the indefinite suspension of NSITF boss, Mr. Adebayo Somefun. 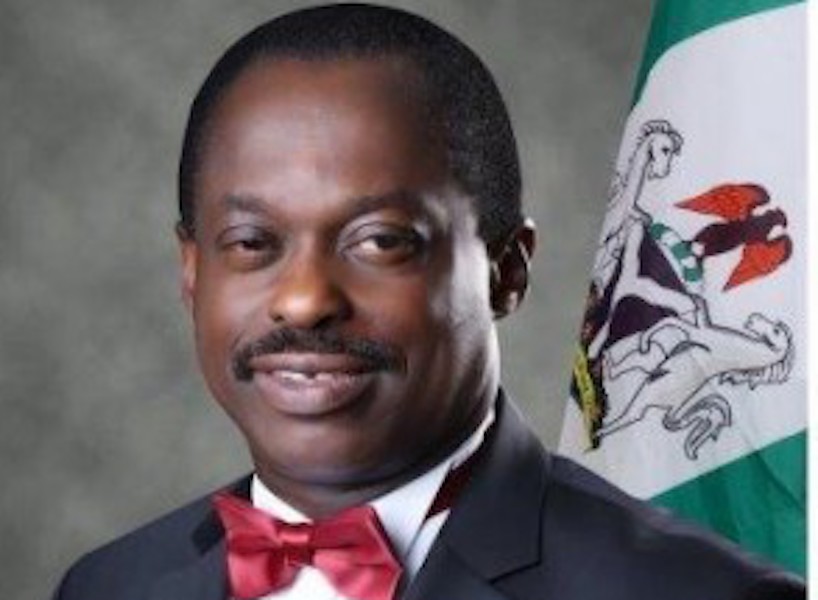 Mr. Adebayo Somefun
President Muhammadu Buhari has suspended the Managing Director/Chief Executive of the Nigeria Social Insurance Trust Fund (NSITF), Mr Adebayo Somefun indefinitely.
Sen Chris Ngige, Minister of Labour and Employment, in a statement by Charles Akpan of the Press and Public Relations in the ministry, named other officers suspended to include Jasper Ikedi-Azuatalam, Executive Director (ED), Finance and Investment, and Mrs Olukemi Nelson, ED, Operations.
Also suspended are Alhaji Tijani Darazo Sulaiman, ED, Administration, Mr Olusegun Olumide-Bashorun, General Manager, Administration/Human Resources/Maintenance, and Mr Lawan Tahir, General Manager, Finance.
Others asked to go are Mr Chris Esedebe, General Manager, Claims and Compensation, Mr Olodotun Adegbite, Deputy General Manager, Investment and Treasury Management, and Mr Emmanuel Enyinnaya-Sike, Deputy General Manager, Finance and Accounts.
The statement also named Mrs Olutoyin Arokoyo, Deputy General Manager/Acting Head, Legal, Ms. Dorathy Zajeme-Tukura, Deputy General Manager, Administration, and Mrs Victoria Ayantuga, Assistant General Manager, Internal Audit.
The minister said that their suspension from office arose from the “preliminarily established prima facie infractions on the extant Financial Regulations and Procurement Act, and other acts of gross misconduct”.
“During the period of their suspension, the officers will face a Joint Board and Audit Investigative Panel that had been set up to look into the financial and procurement breaches, as well as gross misconduct in the NSITF from 2016 to date.
“The gross misconduct has invariably put the contributions of stakeholders in a perilous state. The affected officers have also been directed to hand over to the most senior officers in their respective departments,” the statement read.
It quoted Ngige as specifically directing that Dr Kelly Nwagha, General Manager. Health, Safety and Environment Department, to assume the position of Managing Director/Chief Executive Officer, being the most senior General Manager in the organisation.
It said that officers assuming the new positions would take charge from Monday, July 6, 2020, until further notice.
Ngige charged the Chairman of the Board, Mr Austin Enajemo Isire, to ensure that the investigative panel commenced work as soon as possible.
He also charged him to ensure that the Board facilitated the smooth running of the Fund by creating the enabling environment and all the necessary staff adjustments and movements, in order to guarantee that services by staff to the contributors were not affected.
Top Stories