The man groaned in pains as he lay on a bed at the Federal Teaching Hospital, Gombe State, where he was referred to after the incident occurred in Taraba State. 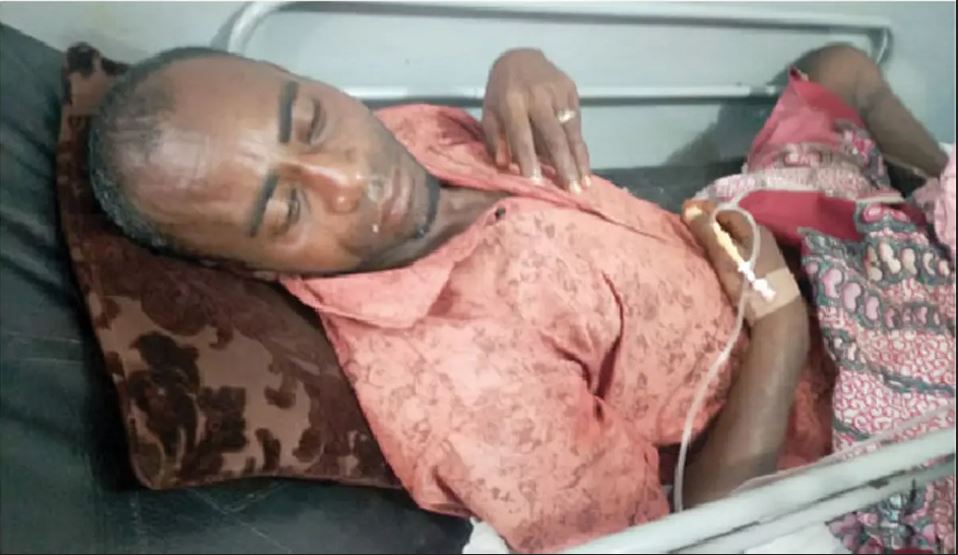 Tuesday, June 30, 2020, is a day 42-year-old old Aliyu Umaru will not forget in a hurry. It was the day Halima, the first wife of Umaru, severed his manhood with a knife.

He groaned in pains as he lay on a bed at the Federal Teaching Hospital, Gombe State, where he was referred to after the incident occurred in Taraba State.

Umaru said, “I’m a veterinary medicine dealer. I trade in animal drugs. I’m 42 years old with two wives and two children. The first wife had a male child and a female from the second. The first wife Halima is pregnant. I stay in Tella under Gasso LGA of Taraba State. I was transferred from the Federal Medical Centre, Taraba to the Federal Teaching Hospital, Gombe.”

When our correspondent visited the hospital, the victim cut a pitiable sight and urethra catheter fixed to his body to pass urine as his detached manhood was kept in nylon for safekeeping.

Umaru narrated the incident in a sadness-coated voice, “After I returned from work, I got water to take my bath and ate the food prepared by my wife before I slept. I was later awoken by a sharp pain and I screamed.

“My wife chopped off my ‘bura’ (penis). It was then neighbours were alerted. I can’t say if my food or water was laced with anything with the way I slept deeply. My wife has finished my life and it is unfortunate.”

Reports noted that Halima had been having issues with her husband and the younger wife before the incident.

According to the victim’s younger brother, 40-year-old Usman, the act may not be unconnected with their mum’s plea that they should relocate which Halima didn’t support.

He stated that the second wife visited their mother residing in Jalingo, the state capital, who urged them to relocate to Jalingo.

Usman stated, “We are originally from Lukari but driven to Tela due to the conflict. The family rented a house for him and they were to move from Tela to Jalingo on Wednesday morning.

“It was in the middle of the night that my phone rang and the caller was my brother who managed to tell me what happened to him. He was immediately taken to the Federal Medical Centre in Taraba, to stop the bleeding and undergo surgery. But they couldn’t perform the surgery because they said they don’t have equipment for his type of operation. It was there that they advised us to look for any available health facility.”

He ruled out jealousy, adding that his brother was faithful to his two wives.

He further said, ”Our mum only insisted that my brother must leave Tela with his family to Jalingo. Already, his second wife is in Jalingo. My brother said his first wife was not comfortable with the arrangement. She didn’t want to stay in Jalingo.

“We told people not to touch her. The deed has been done and we can’t reverse it. We have left her to the Almighty God. Whatever is done to her will not bring back my brother’s manhood.’’

Appealing to well-meaning individuals to assist his brother, he said, “We are underprivileged and begging philanthropists to help us facilitate his pre-and post-surgery treatment. Right now we are expected to pay about N100, 000 for the procedure and medicine.”

Describing his department as the entry point for first-time patients, he added that the patient had been stabilised.

Nuhu stated, “A specialist has reviewed the patient and we have discussed.  The patient will be moved to the theatre for operation. He is stable and being properly administered with intravenous fluid as well as other emergency drugs before the specialist came to see him. The surgery is today (Thursday). They have booked it as an emergency case.”