According to Nigerian producer, Samklef, Ray Hushpuppi is reportedly hiring the lawyer of late Afro-Pop artist Micheal Jackson, Mark Geragos to be the head of his legal team. 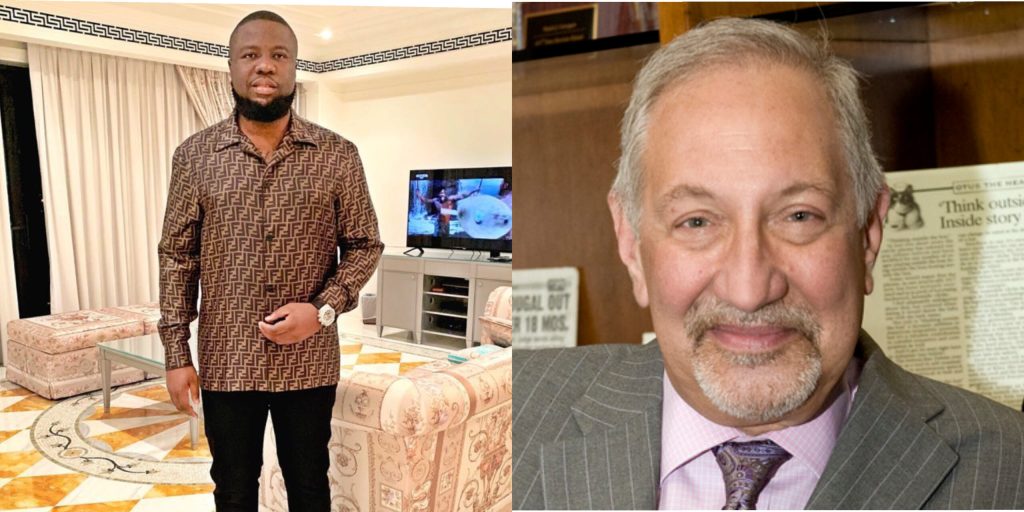 Nigerian suspected fraudster, Ray Hushpuppi who was recently extradited to the US after he was arrested for fraud has reportedly hired Mark Geragos, a former lawyer to the late Micheal Jackson and other top celebrities.

The popular attorney who has been involved in high profile cases of this nature, has in the past represented celebrities like Winona Ryder, Chris Brown, Colin Kaepernick and Scott Peterson.

Reacting to the report, Nigerian producer Samklef who confirmed that Mark Geragos was hired by Hushpuppi, wrote that the suspect might not even spend much time in jail.

“This movie go sweet pass Netflix… he might not even spend all his time.. he will work with the government and regain his freedom”. he wrote on social media.

Ramon Olorunwa Abbas appeared in a federal court in Chicago on Friday. He is accused of conspiring to launder hundreds of millions of dollars through cybercrime schemes.

According to a federal affidavit, one of the alleged victims was the client of a New York-based law firm that lost nearly a million dollars in 2019.

Abbas was arrested last month by law enforcement officials in the United Arab Emirates and transferred to the US this week by the FBI.

Prosecutors allege Abbas is one of the leaders of a global network that uses computer intrusions, business email compromise (BEC) schemes and money laundering capers to steal hundreds of millions of dollars.