The Nigerian Senate has reacted to reports claiming 50 Senators tested positive to coronavirus. 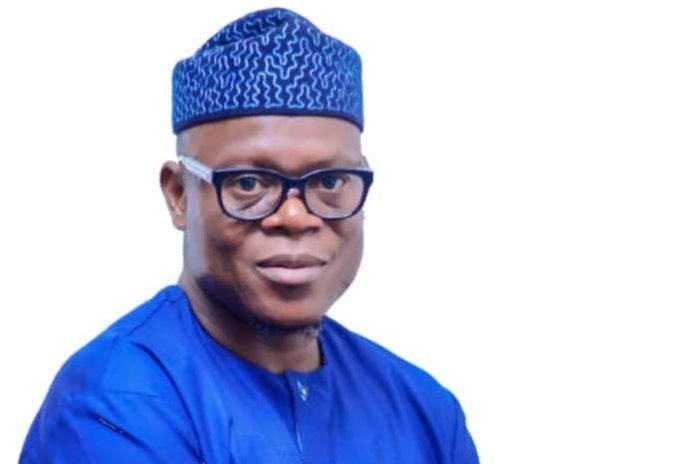 Senator Ajibola Basiru, the spokesperson of the Nigerian Senate, has reacted to reports claiming 50 members of the National Assembly have tested positive for COVID-19.

Sahara Reporters had published on its Twitter handle on Tuesday, July 7 that 50 members of the National Assembly had tested positive for the novel Coronavirus.

''Panic At @NASSnigeria As Over 50 Lawmakers Allegedly Test Positive For #COVID19 | Sahara Reporters A lawmaker told journalists that about 50 of his colleagues had been tested positive for the virus with some of them seriously ill.''Sahara Reporters wrote on Twitter

Taking to his Twitter handle to react, Senator Basiru asked for the identity of the lawmakers. He described the report as fake news.

''Who conducted the test? Who did the counting?and who are these 50 lawmakers and what is the distribution per each Chambers? Fake news is corruption!!!!'' 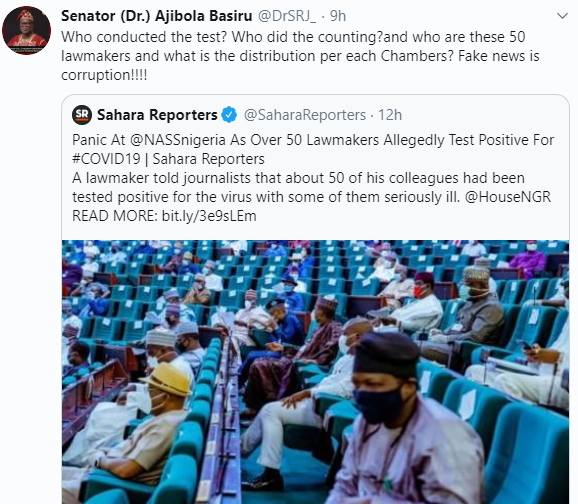