The police in Jigawa has apprehended a 45-year-old man who stabbed his wife to death over an altercation. 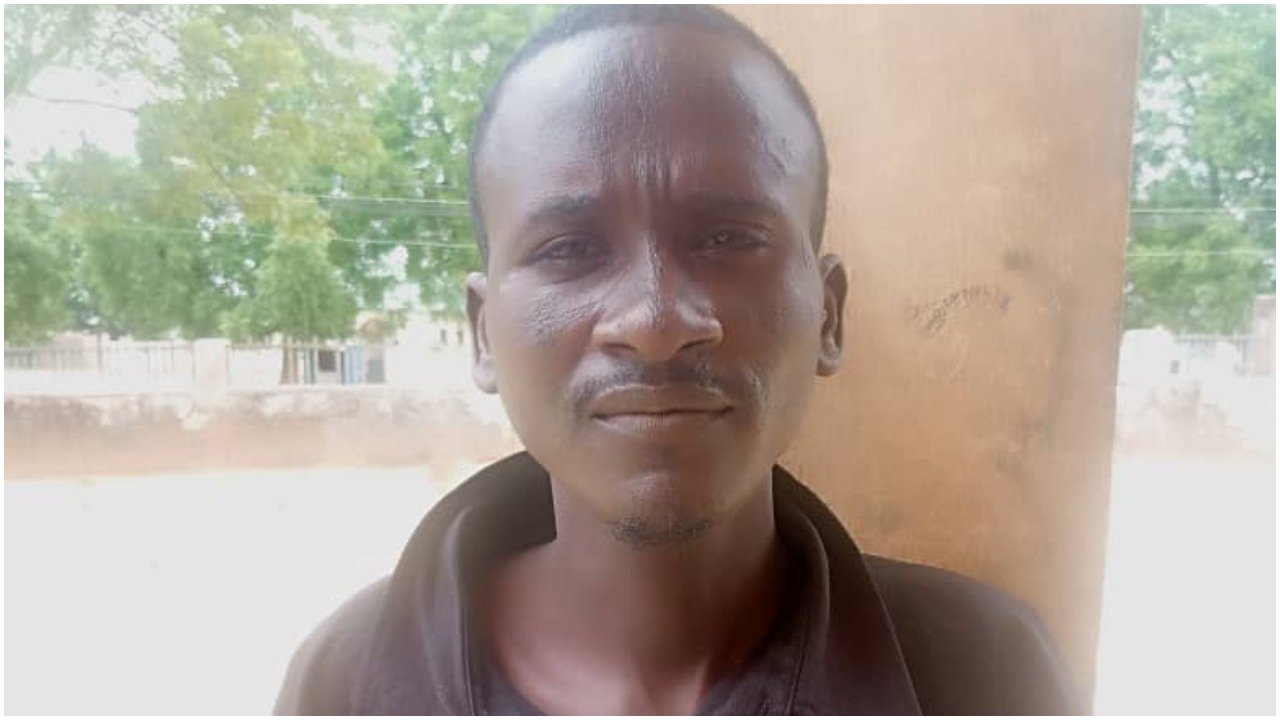 Adamu Hassan
A 45-years-old, Adamu Hassan has been arrested by the police in Jigawa state for stabbing his wife to death at Gangawa village in Jahun local government area of Jigawa state.
The sad news was confirmed by Police spokesman SP Abdu Jinjiri.
He said the accused allegedly stabbed 25-year-old wife Hauwa Sani to death for an undisclosed reason and took to his heels.
Jinjiri explained that the incident happened in Jahun LGA area where police received the shocking report on 3/7/2020 at about 11:00am
He said Police rushed to the scene and the victim was taken to hospital where she was confirmed dead by a medical doctor.
Jinjiri said police have later tracked the suspect and arrested him.
He said the victim has been buried by her relations according to Islamic laws while the case has been taken to CID for further investigation.
Findings revealed that the suspect and the deceased have two children and they have been in marriage for the past eight years.
The reason for killing the victim is yet to be ascertained.
Top Stories