Lekan Amos sheds more lights on his father's mysterious disappearance, while also mourning his mother who died and was buried on his matriculation day. 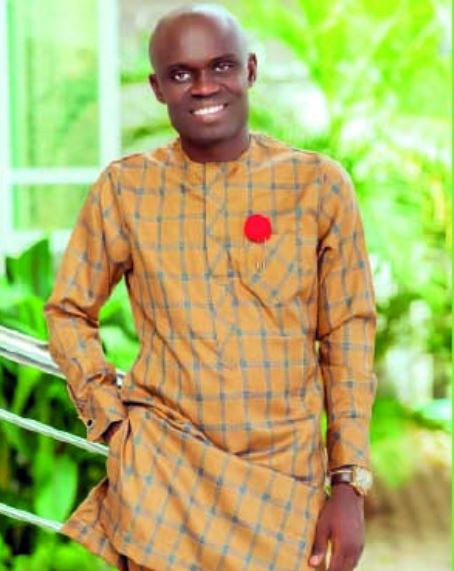 Gospel artiste, Lekan Remilekun Amos, can’t stop dreaming about his dad who got missing while on a missionary journey in 2000.

In this interview, he shed more lights on the man’s mysterious disappearance, while also mourning his mother who died and was buried on his matriculation day.

Tell us about yourself

I am Lekan Remilekun Amos, an anointed gospel music minister. I am a son of the Ilaje, Ondo State-born gospel legend, Dr. Remilekun Amos of blessed memory. I’m the second in a family of five. I’m currently the president of Remilekun Amos International Gospel Ministry. I schooled at Muslim Mission Primary School, Oworonsoki, Lagos. I then attended Orisigun High School, Ketu, Lagos before proceeding to Federal University of Technology Akure (FUTA) where I studied Physics/Electronics.

I have a mother but she is late. She died in 2009 after a brief illness. My mum was a trader; she gave up the ghost at the age of 57. I derive pleasure talking about my dad because I often make reference to his talents in my songs.

How was your growing up when your dad was around?

It was fun. You know, son and father relationship is always an enviable one. I grew up having the love of God and his words as my guide. I was always with my dad, moving around to minister. Precisely, I started coming on stage as a back up artiste at the age of 13, we researched lyrics and composed songs together. I think that was due to the prophecy that came before my birth. The prophecy says I would become a songwriter and music minister. I used to accompany dad to the recording studios in 1997, and I participated in his last recording as a back up artiste in 1999.

What led to your dad’s mysterious disappearance that he couldn’t be found dead or alive?

That’s a mystery. He went on a missionary journey and was declared missing. Unfortunately, he couldn’t be found till date.

It was rumoured that the minister in charge of the church your dad attended had something to do with his disappearance, how true is this?

I have said it repeatedly that it was a rumour. Family members and loved ones, and even the police were not able to get the fact of the case. All investigations proved baseless. Only God knows what transpired; that’s why we have left it all for God to judge. The minister in charge of the church was long dead before the rumour broke out, and shockingly, the person that allegedly confessed died after doing so. Hope you see that it’s not traceable.

Did the family of the alleged killer, who happens to be the minister in charge, do anything to defend his image and that of the church?

They did via the media. Even, we were attending the church and living around (the area) when the rumour broke. I left the area and moved on with my life. For me, it was heartbreaking that he went missing and we couldn’t find him, dead or alive. Like a Yoruba adage says, ‘Omo eni ku, osan ju omo eni nulo’ meaning ‘it’s better to lose a child than for him to get missing’. I believe God will reveal the mystery behind it in due course.

Have the police abandoned the investigation?

The case was reported at the police station and I think they did their job. Like I said, we’ve gone over it, because I see it as a bend and not the end of life. I’ve dreamt about dad countless times and I’m sure my siblings would have the same experience. My dad got missing on November 4, 2000. He told us he was traveling to Akure to minister with songs, and he never returned.

Most of your songs stylishly attack those who were allegedly involved in your dad’s mysterious disappearance. Why did you do so and how many albums have you released compared to your dad?

That’s not true. The only album I did in his honour speaks generally about the mystery of life; why men are often wicked to people God sent to strengthen their paths. It wasn’t directed at anyone. After that particular album entitled, Aye Soro, I released an album with messages God inspired and instructed me to give out, because I’m philosophical in nature. As a gospel artiste, I’ve always preached the gospel in my songs. Dad released 14 albums while I have released only nine. But his legacy lingers.

How did you manage to graduate having lost your dad at a tender age?

It was a difficult journey for me, and I see it as a thick and thin adventure. I actually buried my mum on my matriculation day. I lost all hope with the disappearance of my dad, but I had a determination that education was a must for me. I actually dreamt to become a university lecturer, but at a time, the prophecy was so strong that I couldn’t get admission into any institution despite passing my JAMB exams. I was even offered admission into a notable university in 2003, but I didn’t have money to pursue it. I then decided to honour the calling, as God had designed it, after which the admission came and I graduated to the glory of God.

Can you remember your first remuneration as a young artiste and also the saddest moment of your career?

I was a backup artiste for my dad and I didn’t get any encouraging remuneration. Even when I went solo, it was difficult, I was treated the same way up and coming artistes were treated. But thank God, here I am today. And as for the saddest moment, I don’t think I have any aside the one I had when I lost a band member in a car accident some years back.

Okay, can you remember the most memorable moments of your career, and if you want to feature any big gospel artiste in your album, who would it be?

My most memorable moment was when I shared same stage with legendary Ebenezer Obey, King Sunny Ade, Bola Are and host of others. Also, another cherished moment was when I saw my music video on national TV. It was dream come true. I will love to feature those that have similar characteristics with me. My aim is to feature Tope Alabi, Shola Allyson and a host of others in my album.

When will you be releasing your next album?

I always release albums when God instructs me to deliver a particular message. Though, my album comes every two years, I’ll wait to hear from the Lord on what to dish out probably at the end of this year. We’ll be celebrating my dad’s 20 years remembrance if the coronavirus pandemic permits. I will also be releasing a video soon. It will certainly be the video of my last album, Majemu Titun (New Covenant).

How do you handle your female fans?

I love my female fans but the relationship doesn’t go beyond that. They have been so instrumental to my growth.

What is your advice for up and coming artistes?

I will advice up and coming artistes to know their calling, stand by it no matter the challenges and wait for the appropriate time God has destined for them to excel.