Nigerians are not happy with RCCG General Overseer, Pastor Enoch Adeboye over a recent post he made while celebrating his wife's birthday. 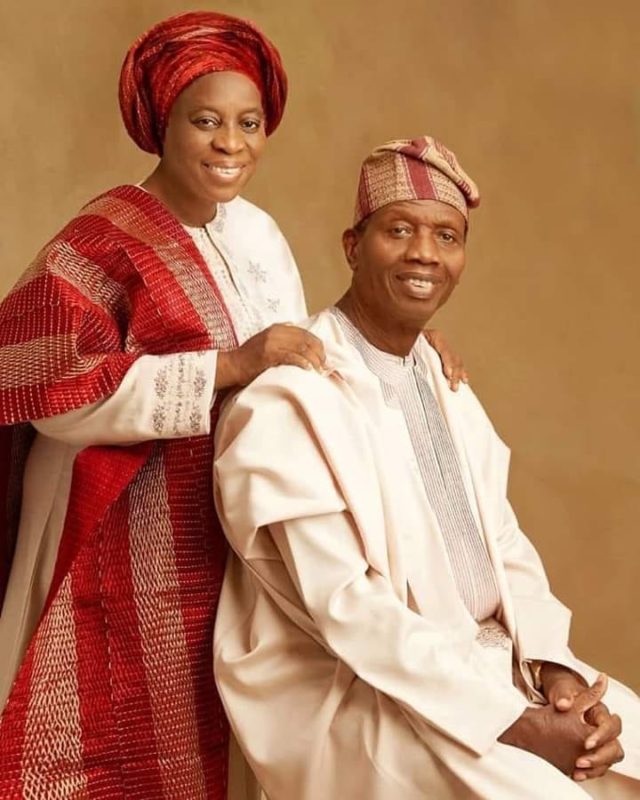 Pastor Adeboye and his wife
Some Nigerians are not happy with the General Overseer of the Redeemed Christian Church of God leader, Pastor EA Adeboye over the message he posted while celebrating his wife Foluke Adeboye’s birthday.
Recall that the clergyman had taken to his page to frown at women trying to usurp their husbands' position as the head of the home. He condemned such act saying that even at 72, his wife is still submissive to him and cooks his meal.
He wrote on his page,
Today is my wife’s birthday and there are lessons that women, especially so many young brides can learn from her. She is a powerful woman, I know that.
She has many people who take instructions from her, but as powerful as she is
Busy as she is, she still cooks my meals and serves me herself. Many young ladies these days leave everything to the house help. My wife still trims my nails for me. There was a time when I was a teacher and was staying far from town.
She had to cut my hair during that period.
She is the only partner of the Adeboye Corporation; she doesn’t delegate her primary duties to anyone else. Just like the virtuous woman described in Proverbs 31:1-31, I safely rest on my wife."
His statements has since caused a stir on Twitter with a lot of people —females especially— triggered over the fact that his wife, despite her stature and age, is still submissive to him.
This has caused the clergyman to become a trending topic on social networking platform, Twitter with many people having a thing or two to say about his birthday message to his wife.

Today is my wife’s birthday and there are lessons that women, especially so many young brides can learn from her. She is a powerful woman, I know that.
She has many people who take instructions from her, but as powerful as she is#MGO72 pic.twitter.com/JPapsXDjIt

See how some people are reacting to his message below: 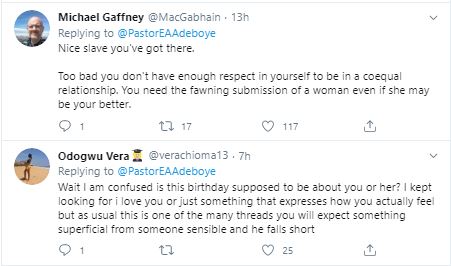 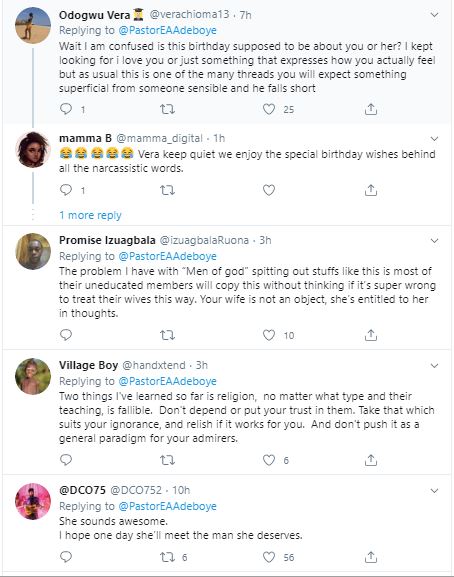 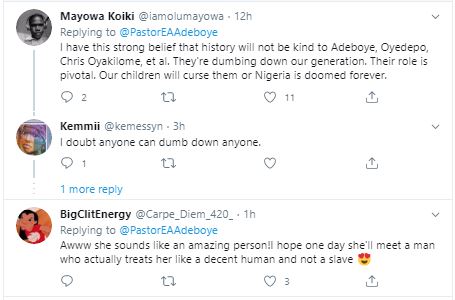 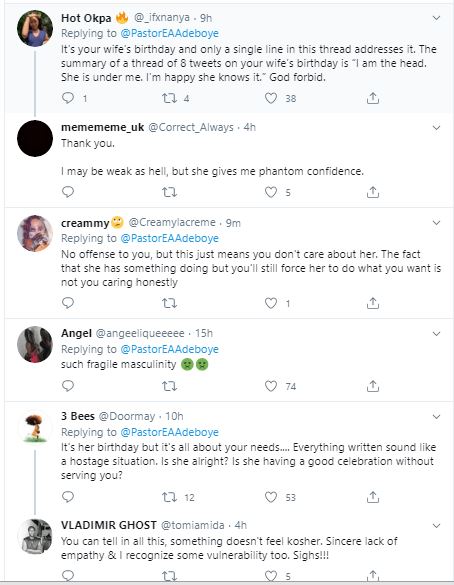 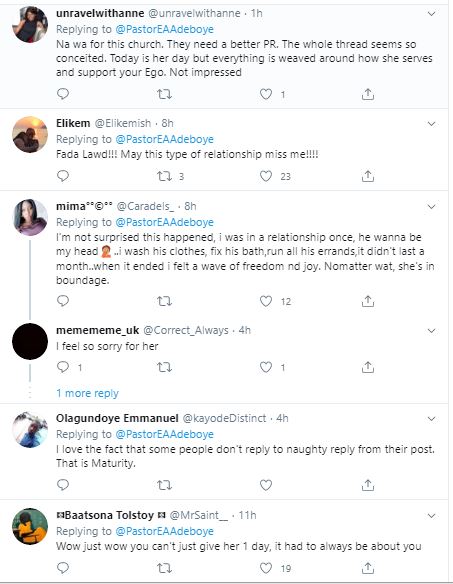