The father of the first Nigerian female combat pilot has talked about her life and his last conversation with her. 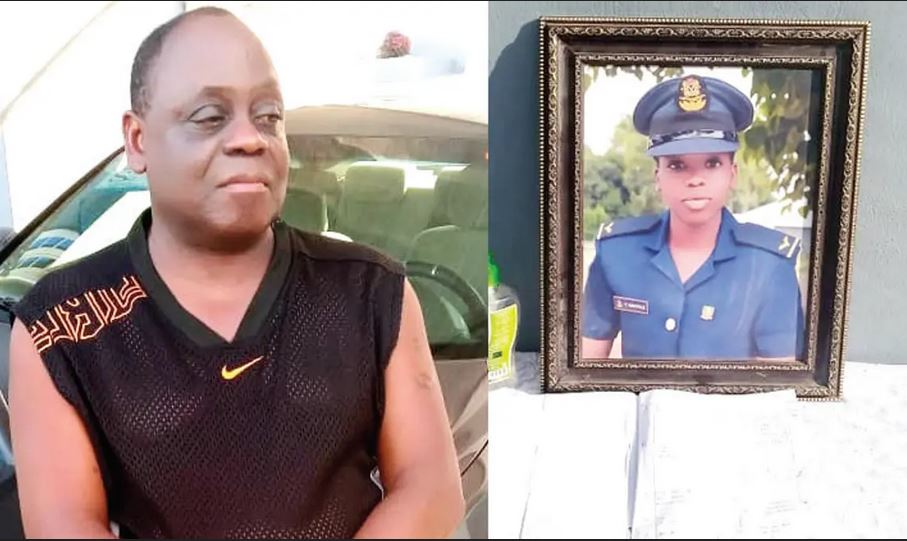 Akintunde Arotile, the father of the first Nigerian female combat pilot, Tolulope, in this interview with GBENGA ODOGUN, says Tolulope from childhood planned to be a pilot

Tell us briefly about yourself.

I am Engineer Akintude Arotile. I worked with the Transmission Company of Nigeria. I retired last year as a power engineer.

You must have been devastated by the loss of your daughter.

(Cuts in)  That is an understatement. From day one, she had not just been brilliant, but also wonderful.  I was in Kaduna. She had all her education at the Air Force Base and the Nigerian Defence  Academy, Kaduna. One day,  when she was very small, she pointed to one small aircraft, parked on a field and said, “Dad, one day I am going to fly that aircraft” and I said amen. So from that day, she started working towards that. She got admission to the Nigerian Defence Academy Kaduna. She had a Bachelor’s degree in Mathematics. She became an Air force cadet. She was sent on several courses abroad and became a pilot. I just thank God that she was able to achieve her dreams as a baby before her death.

What was her position in the family?

She was number four.

She has been described as an award-winning pilot and in fact the first in the country to become a female combat pilot.

Right from day one,  she had been very intelligent. Sometimes, I wondered what type of IQ she had. She also combined intelligence with hard work.

In fact, if you had been here when her bosses from Enugu came, you would think she was their daughter; the way they were eulogising her. They were proud of her achievements.

When was your last encounter with her?

Just yesterday, at about 1pm, I called her because she just came back from an operation against the bandits in Katsina. They gave them one week to rest and so she was sleeping and she told me she was in bed resting. She said she would later go out to make some photocopies and I told her not to stay long and to return home on time because she was staying with my first daughter in Kaduna. Around  5.30 pm, somebody called me and asked if I had called her and I said yes. Then the person told me to call her which I did, but there no response. So,  I called her colleagues. They were all crying on the phone.  I asked what happened, but they were just crying.  I  called one of her bosses who told me that she was in the mortuary and I said Ha! Somebody I spoke with four hours ago and by 5 pm she was in the mortuary. I had to drive to Lokoja from Abuja to enable me to inform her mother physically because I could not break such news on the phone. When I got there,  she had gone to the prayer mountain. She came back at 8.30pm and I told her what I heard,  but had not confirmed.

What had been the reactions of the Air Force authority since the incident happened?

I must say that I am really impressed by the outpouring of sympathy and support. There have been several visits from her bosses from all over the country, including here in Lokoja, Abuja, Kaduna, and Enugu. The support has been overwhelming. They have even promised to let us choose where to bury her, but her commandant  suggested that she should be buried at the National Cemetery, Abuja because of the number of people that will attend the funeral and due to the feat she achieved as the first female combat pilot in Nigeria.

Becoming A Governor Made Me Poorer - Rochas Okorocha
Popular Stories