He spent around $95,000 on the house that is shaped like a giant vintage camera, complete with a lens-shaped window, flash, and even a giant SD card. 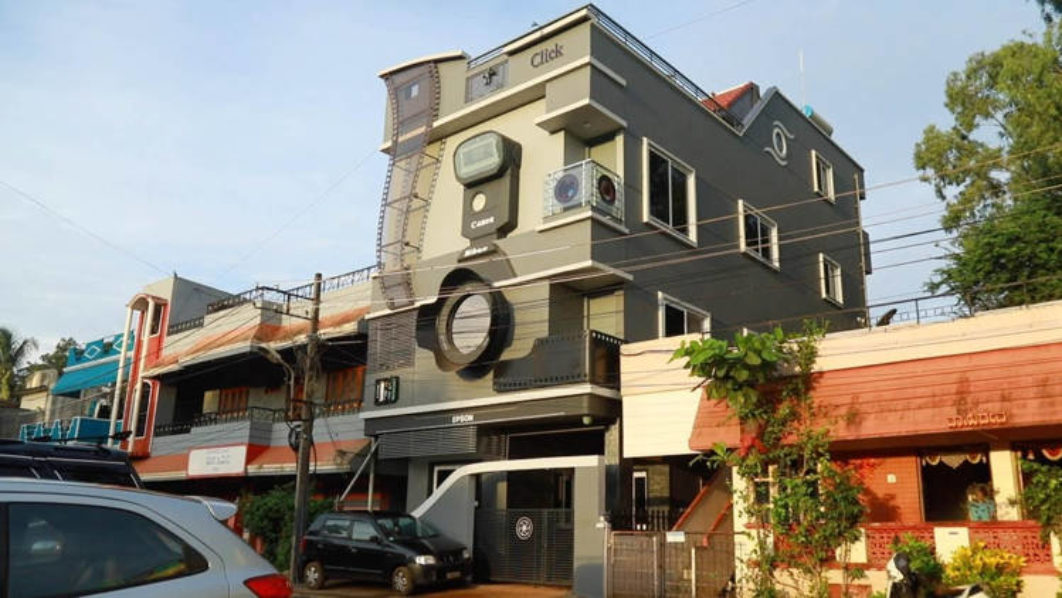 A 49-year-old professional photographer Ravi Hongal from Belgaum, India has taken his passion for the profession to another level by naming his three sons after iconic camera brands – Canon, Nikon and Epson.

Not only that, but he also spent a small fortune on a three-story villa shaped like a giant camera.

He reportedly spent around $95,000 on the house that is shaped like a giant vintage camera, complete with a lens-shaped window, flash, and even a giant SD card.

A local news blog All About Belgaum reports that although he wasn’t the best student of photography, he was always shooting pictures with Pentax and Zenit cameras. 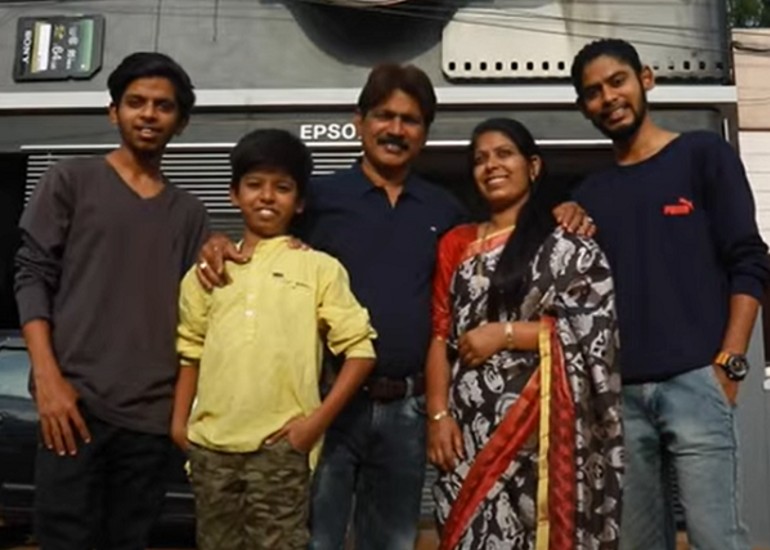 Ravi Hongal with his family

He later started his own photography business and named his studio after his wife, Rani.

But as if Ravi’s obsession with photography wasn’t already obvious, he decided to put it on full display by having his three story house designed as a giant grey camera featuring all kinds of photo-related elements, like a lens, a giant camera flash, SD card, several film reels, as well as the names of his sons – Canon, Nikon and Epson.

His unusual home was recently showcased in a Caters clip and while only the exterior is visible, the description claims that the interior decorations are along the same lines, with ceilings and walls designed as different parts of a camera.