The flood which lasted into the early hours of Thursday in some parts of the city, displaced many residents whose houses either collapsed or were submerged. 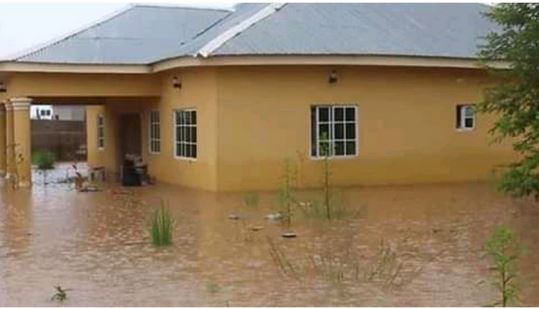 Daily Post reports that serious rainfall in Adamawa State capital, Yola, has led to the submerging of structures, causing losses to residents.

The flood which lasted into the early hours of Thursday in some parts of the city, displaced many residents whose houses either collapsed or were submerged.

In these communities, many houses and shops crumbled as the flood also swept away many domestic animals.

A resident of Bachure, James Andrawus, said Thursday morning that he could not pass the night in his house. 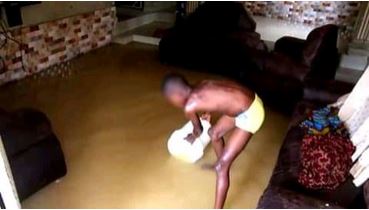 “When it rained earlier Wednesday morning, nothing happened, but it started to rain again when I returned home from work and it continued into the night and I had to remove my perishables and left the house as the flood level rose and filled my rooms. I am currently in a friend’s house in Nasarawo,” James said in a telephone conversation.

Around Yolde Pate in Yola South, traders lost hundreds of bags of grains at a large grains market in addition to some residents being displaced by the flood torrents.

Along the Yola-Jimeta Road in Yola North, leader of Tashan Sani Timber Market, Kenneth Ogoduna, said the flood caused much damage to the wares of members.

Flood is a perennial problem in parts of the Yola metropolis where mostly shallow water channels overflow their bounds after major rainfalls.

It was evident just before the rains began that local council authorities cleared some of the channels of the rubbish that clogged them up, but the emerging rainfalls have proved such preventive measure to be inadequate.