It was gathered that thousands of fish farms were carried away during the rain that lasted 12 hours in the night. 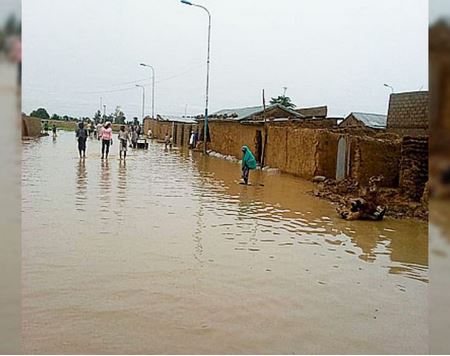 Fish farmers in Niger State have lamented the loss of goods allegedly worth over N100 million after heavy rainfall in Lapai Gwari in Bosso local government area of Niger state washed away their farms.

It was gathered that thousands of fish farms were carried away during the rain that lasted 12 hours in the night.

The DG, who personally visited Lapai to analyse the damage, lamented the loss incurred by fish farmers in the area.

He explained that soon a team of experts from the Agency would be dispatched to investigate the extent of damage caused by flood to fish farmers.

According to him, “sending our team there will enable the state government to come up with modernities on how to assist victims to reduce their hardship.”

“Though the state government is now battling with insufficient funds due to the Coronavirus pandemic, it cannot fold its arm and allow it’s people to suffer without coming to their aid, especially during this trying moment.”

Malam Mohammad Tukur, fish farmer, who appeared devastated told reporters that the incident was the first of its kind in the area.

He appealed to the Niger State government to as a matter of urgency assist farmers to reduce their hardship.

“We lost about two thousand fish farms that were washed away by a heavy downpour which lasted twelve hours in Lapai Gwari,” he lamented.

Lamenting their losses, Malam Abdullahi Saidu explained that some of the fish farmers have between N10m to N20m worth of investment, adding that before the incident, customers all over the country come to the area to buy fish.