He said he was shocked at the outcome as his fiancee was the first to abandon him. 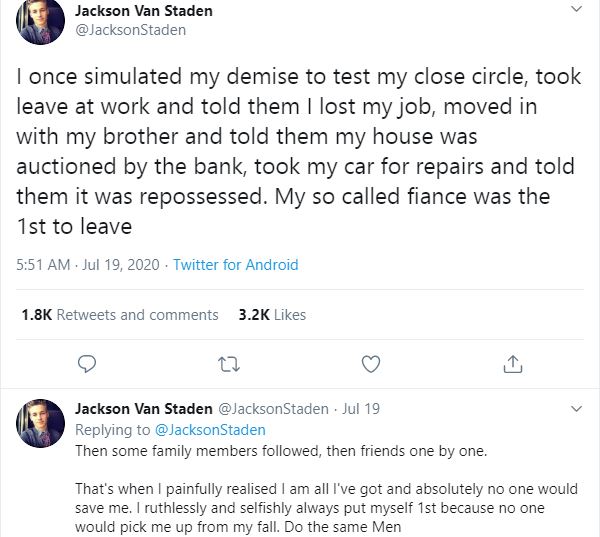 A medical practitioner identified as Jackson Staden has shared the outcome of his simulated demise which he initiated to test his close circle.

He revealed that he realized that he is all he's got and no one would save him because some of his family members and friends left him.

"I once simulated my demise to test my close circle, took leave at work and told them I lost my job, moved in with my brother and told them my house was auctioned by the bank, took my car for repairs and told them it was repossessed. My so called fiance was the 1st to leave

Then some family members followed, then friends one by one. That's when I painfully realised I am all I've got and absolutely no one would save me. I ruthlessly and selfishly always put myself 1st because no one would pick me up from my fall. Do the same Men"