She also claimed she called the main NCDC number and was given 7 other numbers to call. 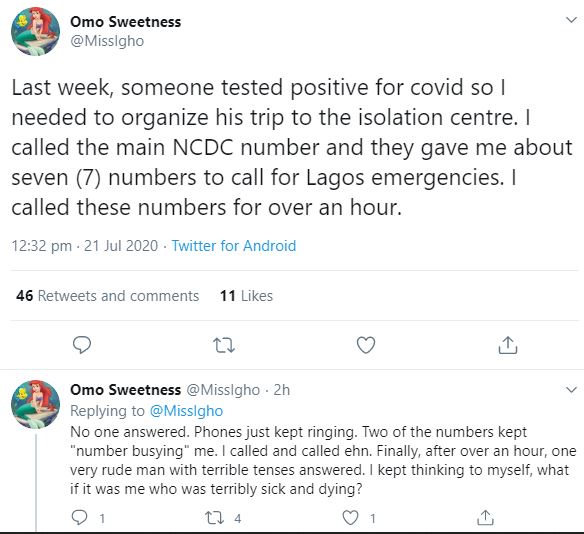 A woman has called out the NCDC while claiming that she had to organize a private ambulance that cost N250K to transport a COVID-19 patient to the isolation centre because the NCDC allegedly didn't take action when she called.

She narrated how she called NCDC for hours when someone she knows tested positive for COVID-19. She said she called the main NCDC number and she was given 7 other numbers to call.

She said she called these numbers for over an hour before someone eventually picked. She stated that the person who picked wasn't of much help so she had to organize an ambulance to take the Coronavirus patient from Ikeja to Yaba.

She concluded: "We eventually had to organize a private ambulance for him sha and paid 250k from Ikeja to [email protected] you people are a big joke with your foolish incorrect figures because if your people are not answering the phones, how will you get correct figures?" 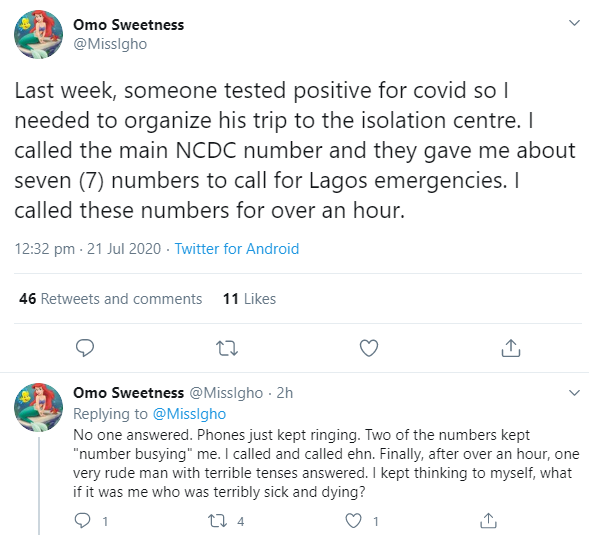 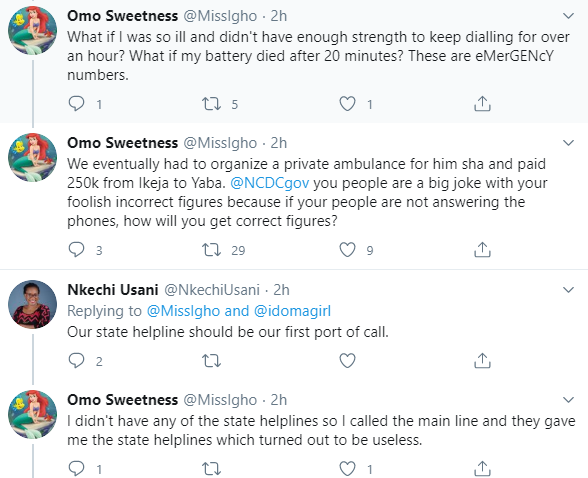