A family used a coffin carved in the shape of a male manhood to bury their daughter. 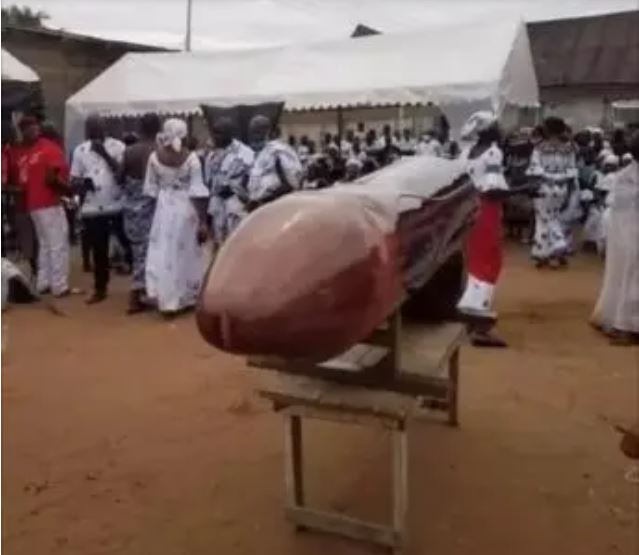 We have seen various coffin styles, but this surely tops the weird list, as a Ghanaian lady was buried in a joystick shaped coffin.

Recently, many family use carved coffin to portray the life of their lost ones when they were alive . In many instances ,some use bible shaped coffin whilst others use car shaped coffin.

For this Ghanaian lady, her family used a coffin carved in the shaped of the male manhood, which has drawn numerous online comments.

The photo which went viral on social media picked attentions of many users. Even though people think what the family did is against tradition, sources revealed that that the lady wasn’t in good terms with the family and that triggered them to take revenge in a very simple manner.