The suspect has been arrested after he confessed to having canal knowledge of his daughter when his wife is feeling weak. 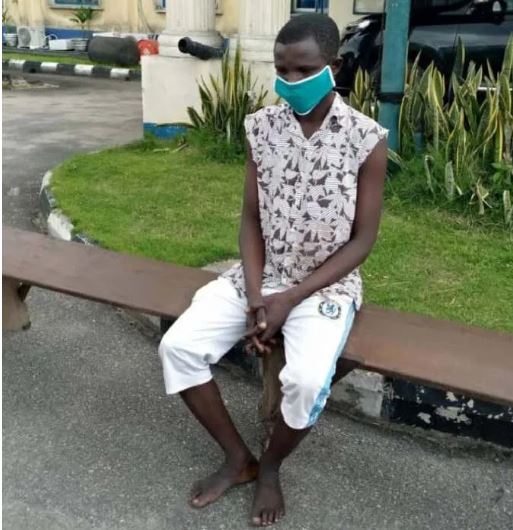 A 31-year-old man identified as  Musa Abubakar has been apprehended by the Rivers state police command after he confessed to raping his nine-year-old stepdaughter anytime his wife refuses to have sex with him.

Abubakar who is from Jigawa state but resides in Rupokwu in Obio Akpor Local Government Area in Rivers state, told newsmen when he was paraded on Wednesday, July 22, that he decided to rape his stepdaughter as his wife always complained of weakness and refused to have sex with him.

Narrating her ordeal in the hands of her stepfather, the victim said Abubakar started defiling her at the age of four by sticking a finger in her private part, adding that she was too afraid to tell her mother because the first time she did, the mother beat her up.

“I told my mother the truth and I was examined by neighbours before the matter was reported to the Police,” the victim stated

Confirming the incident, the spokesperson of the state police command, Nnamdi Omoni, said Abubakar will be charged to court as soon as investigations are over.