Photo Of Kaduna-based Lawyer Killed By Bandits, His Wife And Son Kidnapped


A lawyer based in Kaduna has died after being shot by deadly bandits who also abducted his wife and son. 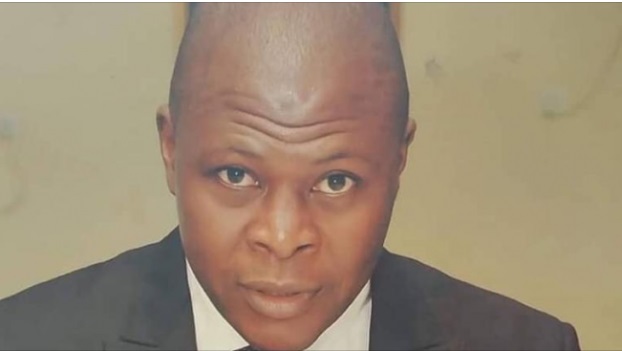 Haro Gandu
Notorious bandits in Kaduna have killed a lawyer with the Kaduna state ministry of justice, Haro Gandu.
According to Thecable, he was reportedly shot dead by bandits who also abducted his wife and son.
Timothy Gandu, a former commissioner of economic planning and the deceased’s brother who confirmed the incident told TheCable that the incident occurred at Haro's residence at Tollgate area along Abuja Road, Kaduna on Sunday night.
He said the bandits gained access to his brother's house by breaking the window and shot him on the shoulder as he attempted to escape.
Timothy said;
“It is the same narrative of criminality everywhere. Bandits invading communities and breaking into homes, killing and abducting people,” he said.
“They came to the house in the on Sunday night, pulled down the window and gain access. “They first shot him on the shoulder, he wanted to escaped, they followed him and shot him on the back and he died. They abducted his wife and son.”
Mohammed Jalige, spokesman of the Kaduna state police command, could not reached as his mobile phone was unavailable at the time this report was filed.
Kaduna is one of the states with a high rate of insecurity.
Last week, about 60 people were said to have been killed in various attacks on communities in Kaura, Kajuru, Kauru, Zangon Kataf and Jama’a local government areas in the southern part of the state.
Top Stories