The United Nations says it has identified and placed on administrative leave without pay another staff member involved in a recent viral s3x video in Israel. 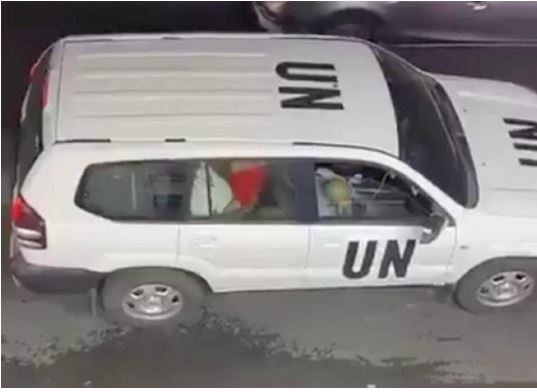 Another staff of the United Nations has been identified and suspended without pay over his alleged involvement in a recent viral s3x video in Tel Aviv, Israel.

Mr. Farhan Haq, the Deputy Spokesman for the Secretary-General, disclosed this during the daily news briefing held virtually on Monday, July 27.

Haq said: “A third male international staff member who was in the UN vehicle in Tel Aviv has also been identified as having engaged in the alleged misconduct.

“The staff member has been placed on Administrative Leave Without Pay, pending the results and conclusion of the ongoing OIOS (Office of Internal Oversight Services) investigation.”

Earlier this month, the UN announced the suspension of two employees involved in the video, which went viral on social media in June. The 18-second video shows a couple having sex in the back seat of a clearly marked UN car in the Israeli capital, Tel Aviv.