How A 'Repentant' Boko Haram Terrorist Killed His Father, Disappeared With His Cows


Ndume also faulted the programme, saying the government should have started by rehabilitating the victims before working on the attackers. 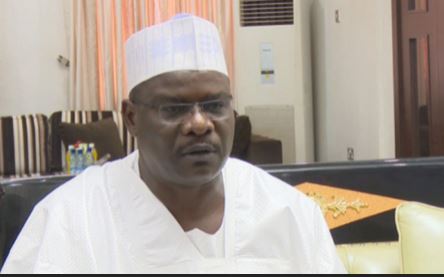 According to SaharaReporters, Senator Ali Ndume has disclosed that one of the repentant Boko Haram fighters, who was reabsorbed into the community, has killed his father and absconded with his cows.

Ndume said this while speaking in an interview on ChannelsTV monitored by SaharaReporters.

Ndume also faulted the programme, saying the government should have started by rehabilitating the victims before working on the attackers.

He said, “Those that have been radicalised and released into the community, there is no monitoring device, and most of them that are back, I can give an example in Damboa,

“One of them only came back to kill his father and take away his cows and ran away with it.

“Some of them that returned to Damboa, after two, three days, they disappeared. I learnt reliably that even in the course of de-radicalisation, they said they are not willing to come to live with the infidels.

“This programme really needs to be looked into immediately. I am gathering information and position of my people and even go legal.”

Ndume also described the programme as “a very misplaced priority that is not supposed to happen now.”

He added that while it is okay to deradicalise, the timing was completely wrong.

“This is a situation where we still have over one million internally displaced in various camps and host communities and they are still dealing with the trauma of the insurgency and the government is doing this Operation Safe Corridor bringing in those people that tortured, killed and maimed. The memories are still fresh in our mind.

“Almost all the people are against this programme.

“Why don’t you rehabilitate, resettle the people that are dealing with the trauma and give them startup pack to start their lives in any part of the country?

“We have IDPs scattered all over the country. If the government is serious about a programme like this, it should start with the victims first, not the perpetrators,” Ndume added.