The trio immediately banged on the door and made a commotion until Deputy Hobbs managed to open their cell door. 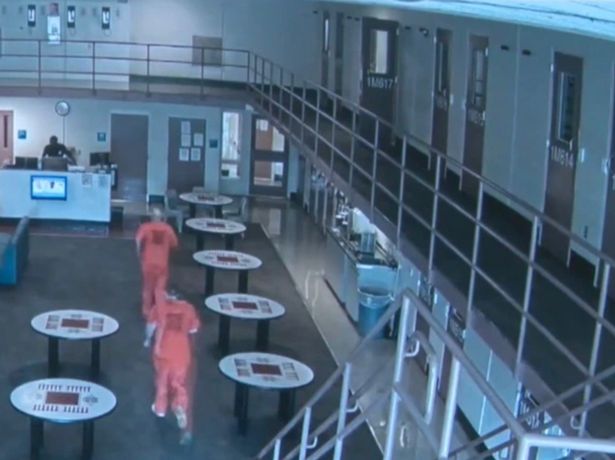 Deputy Hobbs buzzed open the inmates' cell door after he hit his head on the floor (Image: Gwennett County Jail)

Dramatic footage has emerged of three inmates rushing out of their cell doors to save a police officer who suffered a heart attack.

Deputy Warren Hobbs, 46, fell unconscious and hit his head on the prison floor after suffering a cardiac emergency in the Gwinnett County Jail in Lawrenceville, Georgia, US on July 10.

The trio immediately banged on the door and made a commotion until Deputy Hobbs managed to open their cell door.

CCTV at the prison captures the inmates running down to help the officer.

Whitehead is seen grabbing a phone to call for emergency services while Loveless and Smalls hold the semi-conscious officer up and check for his injury.

Deputy Hobbs hit his head when he fell on the floor and was bleeding profusely. 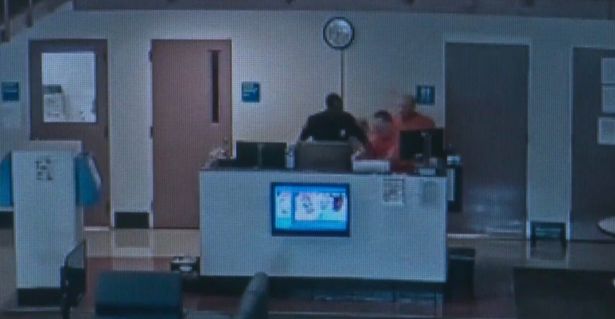 He was then rushed to a local hospital and is now recovering at home, Fox News reported.

Whitehead, who was booked in jail for drug charges, said: "It scared me. I don’t care if it’s a police officer or whoever it was.

"I will do whatever I can to save a man. I don’t want anyone to die."

Smalls recalled the moment as he saw Deputy Hobbs Kinda lying back in his chair before making noises.

He added: "I started hollering and screaming and banging on the door to try to alert everybody to wake up."

Loveless said he saw Deputy Hobbs trying to pull himself up to the desk.

"It was sad because it didn’t look good at all but the man had fight in him to get up," he said.

"As he came up I can make eye contact with him I’m like 'deputy Hobbs, Deputy Hobbs, please'." 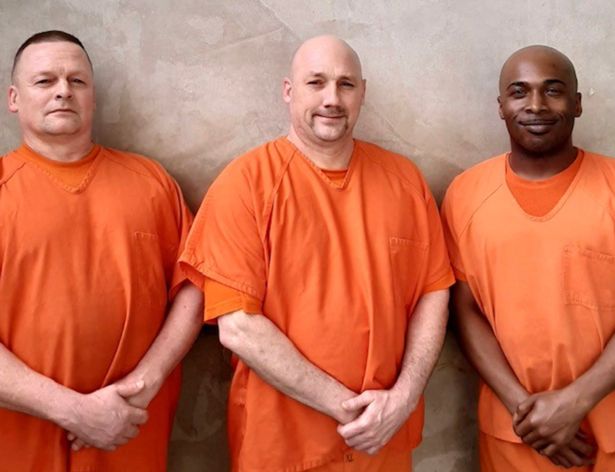 The Sheriff Office posted the clip on their Facebook to thank the three inmates for saving Deputy Hobbs' life.

They wrote: "The inmates whose rooms were close enough to see what was happening began pounding on their doors.

"Soon the entire unit was thundering with noise as many inmates pounded on the doors shouting for our deputy who lay unconscious and heavily bleeding on the floor.

"Our deputy later stated that while he did not realise he'd been unconscious, he became aware of what sounded like pounding drums and could hear inmates shouting his name over and over.

"He immediately thought an inmate needed help and somehow managed to rise to his feet and press the control panel to open cell doors."

They also posted a picture of the three inmates, adding: "Kudos to these inmates for coming to the aid of our deputy when he suffered a cardiac emergency in a jail housing unit.

"We thank them for their timely assistance and the lesson their actions provide. It's not the uniform that makes a hero. It's the person wearing it."