A s3x worker took to social media to announce her graduation while hinting that she would still continue with her business.

A popular s3x worker identified as milkmaid has taken to Twitter to refer to herself as an “educated s3x worker” as she celebrated her graduation ceremony.

She shared a nearly naked photo of herself on a stripper's pole and another where she was dressed in her graduation gown.

"Just a reminder that the sky is the limit," she wrote, adding, "an educated s3x worker". 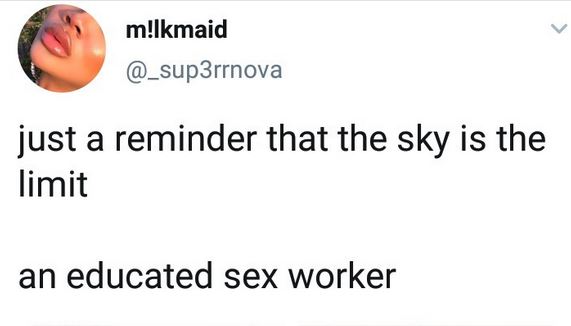 In a follow up tweet, she made it clear that her s3x work days are far from over by sharing a link to her OnlyFans account.