It was suspected that Eze might have considered taking his life for fear that his younger sister might die from the injuries she sustained when he attacked her. 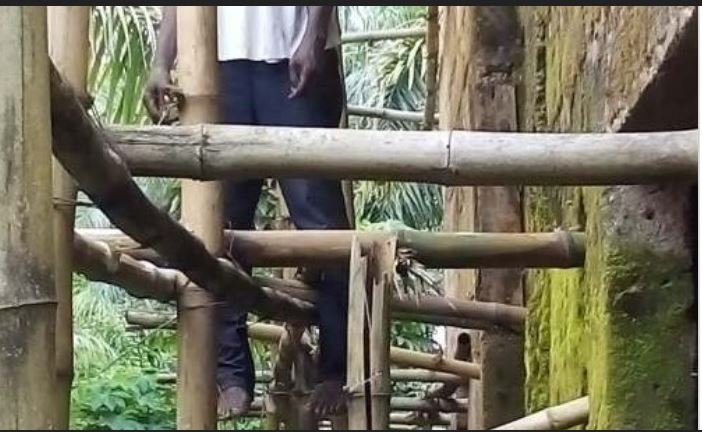 Mr Emmanuel Eze is said to have taken his life on Sunday night, August 2, hours after a domestic fracas with his immediate family over a yet-to-be-identified matter.

The deceased, from Eha-Alumona, also in the same local government but who resides with his family at Umudiaka, allegedly tried to strangle his sister during the fracas the occured on Sunday morning.

“He strangled his younger sister to the point that blood was coming out from her ears and nostrils. He equally kept a pestle by the side. However, given the intervention of the neighbourhood who rushed to the scene, the girl was rescued. She is now hospitalized at the Divine Mercy Hospital in Nsukka Metropolis,” the source said.

Hours later, Eze was found hanging from an uncompleted building. 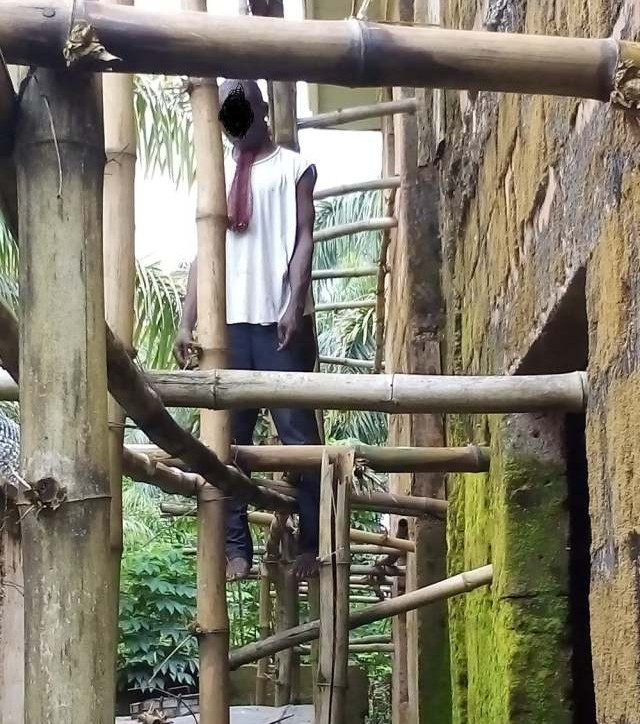 Sources suspect Eze may have considered taking his own life for the fear that his younger sister might die from the injuries she sustained when he attacked her.

Residents who identified the deceased said he collects rate for the local government at a livestock market, in Ikpa.

Meanwhile, the spokesperson of the Enugu State Police Command, Daniel Ndukwe, who confirmed the incident to the publication, said the officers of Nsukka Urban Division have moved to the scene and are currently handling the situation.

He added that thorough investigations have commenced to unravel the circumstances that could have led to the act.