An explosion has rocked a slum in Lagos state leaving two dead and many others injured. 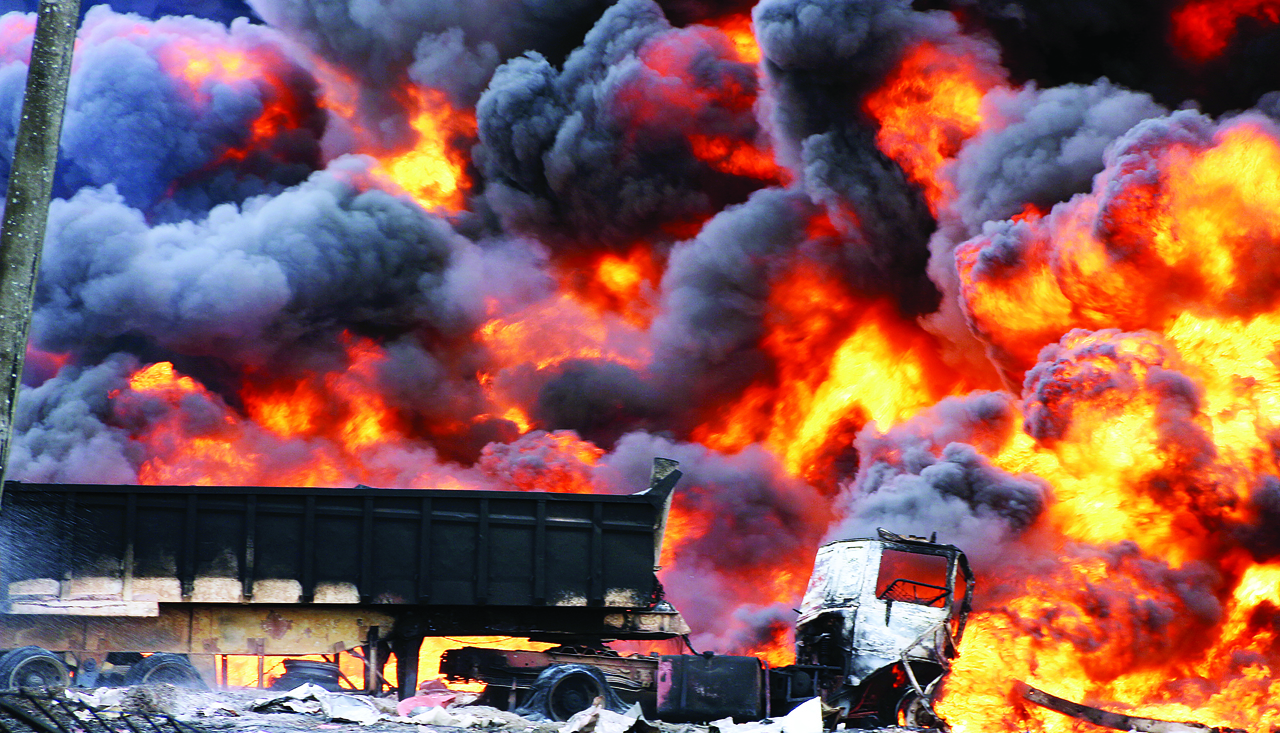 Explosion (File photo)
A gas explosion at a Lagos slum - Orile-Iganmu area - has left two persons dead and many others seriously injured.
The tragic incident happened on Monday.
According to TheNation, an artisan identified as Ajibola Olaoye died on the spot where he was welding an articulated vehicle around 5pm at Wema Bank Bus Stop, off Coker in Ajeromi Ifelodun Local Government Area (LGA), emergency workers said Monday night.
It was gathered that a gas leakage from the cylinder he was using triggered the explosion, which left six victims injured. One of the injured victims was said to have died in the hospital.
The Nation reports that Monday’s incident was about the fifth case of gas explosion recorded across the state in one week with at least six people killed.
“It happened this evening. A welder at truck park in front of Atlas Company was working on one of the heavy duty equipment at the park which resulted in explosion.
“The welder was affected and he died instantly, six other persons also sustained serious injury. They were quickly rushed to nearby hospital but at the hospital another person who was among the six was also confirmed dead,” claimed a resident.
Confirming the incident, the Lagos State Emergency Management Agency (LASEMA) said it recovered the artisan’s body, adding that four men sustained varying burns and were rushed to a nearby hospital.
LASEMA’s spokesman Nosa Okunbor said: “Upon arrival at the scene of incident, it was discovered that there was an explosion from a gas cylinder used in welding a truck flatbed with unknown registration number as a result of gas leakage from the cylinder.
“The casualties had been rushed to the hospital before the arrival of the LRT. Police, LNSC and Lagos fire service were responders at the scene. The entire area has been cordoned off to prevent any secondary incident.
“The dead victim (Ajibola Olaoye), was bagged by the LRT and handed over to his family in the presence of officers of the Nigeria Police Force from Amukoko Division.”
Top Stories