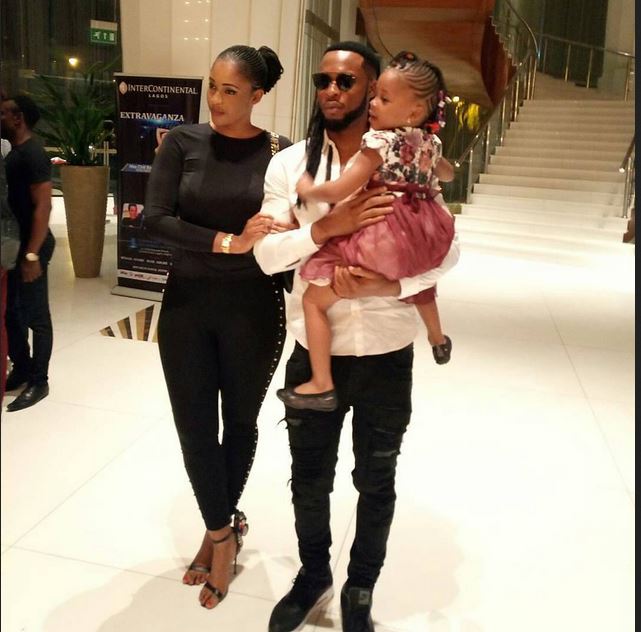 According to On-Air personality, Blossom Martins, the Flavour N’abania and Sandra Okagbue got married at a private ceremony that took place in Onitsha on Monday August 3, 2020.

The report claims that the wedding was held in discreet, devoid of the usual flamboyance associated with celebrities.

Many Nigerians have since reacted to the news which is yet to be confirmed by parties involved.

While some people are happy that he ‘returned’ to Okagbue whom they described as his first love, others believe Banner has been put on the losing team.

dante.zion: “A whole beauty queen Anna Banner is a baby mama. It’s good to have sense as a woman.”

jeffreykingsley: “No matter where you go …..Remember the road that will lead you home.”

chi_deraah: “Awww, He later came back to his first love, love is beautiful”

likemamadoes_: “The same Flavour that said Marriage slow men down. LOL, you see eh… just stay quiet and watch men. When they are tired of playing up and down. They’ll still settle down. You can’t run from it!”

ifunanyadimobi: “What will now happen to Anna Banner?? I thought he loved her more I cannot believe my eyes.”

Flavour and Sandra Okagbue started dating in 2014 and became famous for their on and off relationship.

Okagbue is the mother of two of the music star’s children, and she rose to fame after emerging winner of Miss Delta Soap Pageant in 2010.