The Senate had on May 5, set up a seven-member ad-hoc committee to probe the “financial recklessness” of the Interim Management Committee (IMC) of the NDDC. 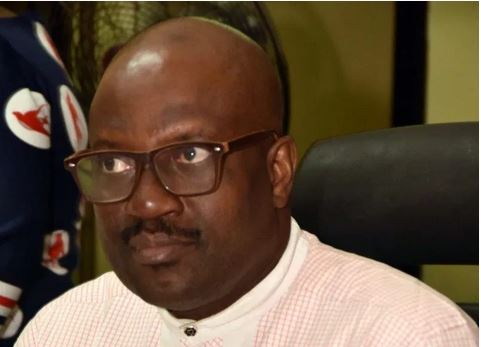 Top officials of the Niger Delta Development Commission (NDDC) paid themselves scholarship grants at a time hundreds of deserving scholarship beneficiaries had not been paid for years and were stranded in different countries, a report has shown.

The report by lawmakers joins the other revelations that emanated from the National Assembly’s investigation into spending by the NDDC, which has generated mixed reactions among Nigerians.

The Senate had on May 5, set up a seven-member ad-hoc committee to probe the “financial recklessness” of the Interim Management Committee (IMC) of the NDDC.

The committee was specifically asked to probe the IMC for allegedly squandering N40 billion in three months.

In the same vein, the House of Representatives Committee on Niger Delta commenced an investigative hearing on the alleged mismanagement of N81.5 billion between January and July by the commission.

Investigative hearings conducted by the Senate and House committees in July, witnessed accusations and counter-accusations between some lawmakers and members of the NDDC, among other discoveries.

Besides how lawmakers allegedly ‘hijacked‘ NDDC projects and how the commission spent N1.3 billion for staff as ‘COVID-19 relief funds’, the latest major revelation is how the NDDC paid scholarship grants to the Managing Director, Daniel Pondei, and other top officials of the commission.

This was contained in the report of the Senate ad-hoc committee obtained by PREMIUM TIMES.

Top among the beneficiaries are Mr Pondei, the acting deputy director, projects, Cairo Ojougboh, and another director, Luke Ibanga.

The Senate had on July 23 considered the report of the panel that exposed the ‘reckless’ and ‘budgetless’ spending by the IMC.

According to the document, the NDDC’s account showed that a number of staff were awarded varying sums of money as “foreign postgraduate scholarship second trip 2020” abroad. And within the period under review (October 2019 and May 2020), the organisation spent N347 million on “Education Grants and Scholarship”.

Thirty-two beneficiaries were listed in the report of which Messrs Pondei and Ojougboh were paid N5.6 million each for “foreign postgraduate scholarship second trip 2020”. Mr Ibanga was paid twice – N5.19 million and N3.7 million for the same purpose.

The report also listed a Seledi Wakama who was paid N3.5 million twice for the same purpose. It is unclear if the aforementioned is a staff of the commission.

The document also mentions a “Marg Consultant” that was paid N3.5 million twice, for the same purpose. And another “Marg Educational International Limited” paid the sum of N106.2 million for “2019 NDDC Foreign postgraduate scheme and data infrastructure scheme and admin cost.” The committee wondered if the N106 million paid to the latter was for services rendered to the NDDC.

“…However the character of the transaction suggests that Marg international is a ‘middleman’ or an agent for foreign postgraduate admission. The justification of this expenditure is questionable especially when prospective students can directly approach any institution of their choice; and particularly so when current scholarship holders are yet to be paid their allowances,” part of the report read.

Although the date for the approval of these payments were not stated, the purpose of payment, however, suggests 2020.

Mr Pondei, during the hearing, had complained that the NDDC is currently owing students studying abroad from 2016 to date and the commission is “clearing the backlog”.

The report further questioned why Mr Pondei and other top officials were part of the beneficiaries.

“Looking through the account shown above, it was unclear if these education grants were actually being paid to staff who are stranded abroad as portrayed by the MD/CEO. The names of beneficiaries on the account featured the interim MD/CEO – Kemebradikumo Pondei, the ED, Project Cairo Ojuogboh and other notable Directors such as Luke Ibanga. Infact Luke Ibanga got the payment twice.

“From the public hearing; the interim MD/CEO stated that he is currently not studying being a professor already, therefore seeing his name on the list as a beneficiary of a scholarship grant is totally unexpected.”

This comes at a time when Nigerian students under the NDDC scholarship are reportedly stranded abroad because of the alleged lack of funding from the commission.

The students, in May, wrote to the Senate President, Ahmad Lawan, complaining that life for them abroad has been compounded by the coronavirus pandemic which has prevented them from even engaging in menial jobs for survival.

President Muhammadu Buhari has, however, directed the NDDC to pay the fees and stipends of scholars of the commission who are facing hardships abroad.

This was disclosed in a statement by the Director of Corporate Affairs at the NDDC, Charles Odili, Channels Television reported.

He explained that the delay in remittance of the fees of the scholars was caused by the sudden death of the then acting Executive Director of Finance and Administration (EDFA), Ibanga Etang, in May. He said the students’ fees and stipends would be paid by the end of the week.

Since the revelations emerged individuals and civic groups have been calling for the prosecution of guilty NDDC officials as well as sanction of lawmakers who are complicit in the NDDC scandal.