According to a video shared by Channels Television, the men were seen removing the iconic legislative mace on the top of the building. 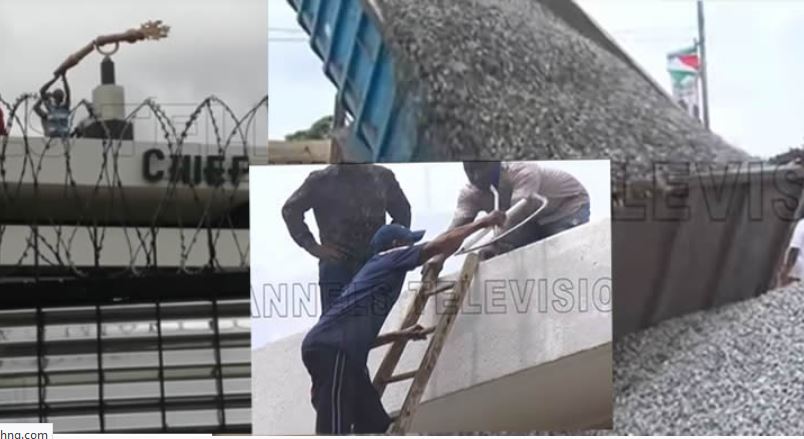 In what will come across as a really startling development, some men on Thursday vandalised the Edo State House of Assembly and removed its roof.

According to a video shared by Channels Television, the men were seen removing the iconic legislative mace on the top of the building.

The video also showed trucks offloading gravels at the entrance of the Assembly Complex while the men trooped into the building.

The PUNCH had earlier reported that policemen on Thursday surrounded the Assembly complex in Benin City, the state capital.

This is coming barely 24 hours after the Deputy Speaker, Yekini Idiaye, was impeached by the state lawmakers.

The member representing Orhionmwon-South constituency, Roland Asoro, has since been appointed deputy speaker and was immediately administered the oath of office and oath of allegiance by the Speaker.

It was gathered that police action was in a bid to prevent an attack on the complex.

Apart from many security officials that blocked entrance into the complex, patrol vehicles were also stationed there.

But no security operative was seen in the video shared by Channels Television.