The actress shared a photo of her and her husband after rumours circulated that their marriage was over. 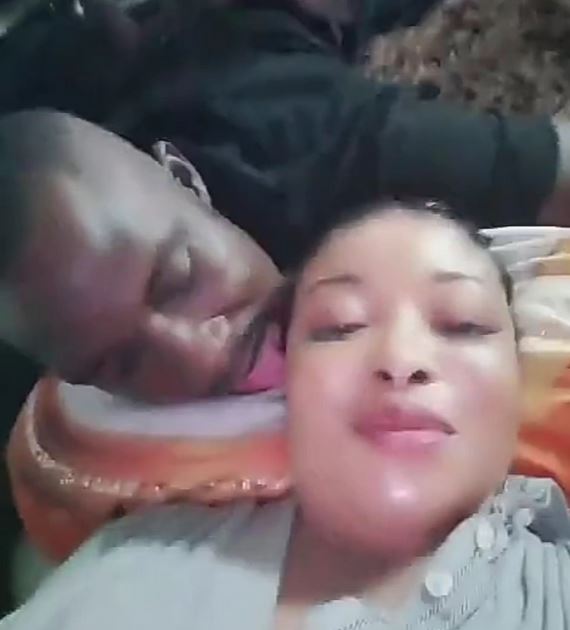 The actress shared a video of her husband licking her ears while telling her sweet nothings.

She added in the caption that her marriage will last for as long as they both are alive and the only divorce that will be happening is a divorce from poverty. 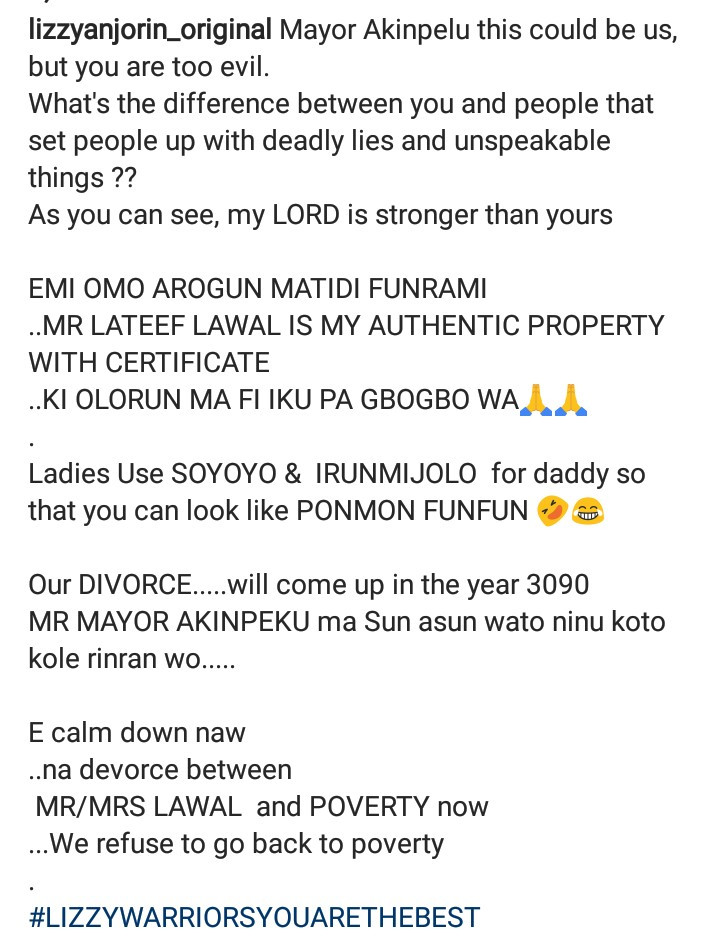 She also blasted a certain journalist named Mayor Akinpelu, who works with a magazine that reports on Yoruba actors. She called him out for the report that her husband has other wives and kids.

She continued: "The whole world will soon realise that you are just a quack Journalist and not a professional.

"I need the world to ask you if these 'wives' are faceless? Anyway, since you have become their official spokespersons, be prepared to continue to look stupid to the media world."

She also asked that those claiming to have children for her husband should come forward with DNA proof.

She wrote: "Mayor, we urge all ur clients to bring their children fwd for DNA." 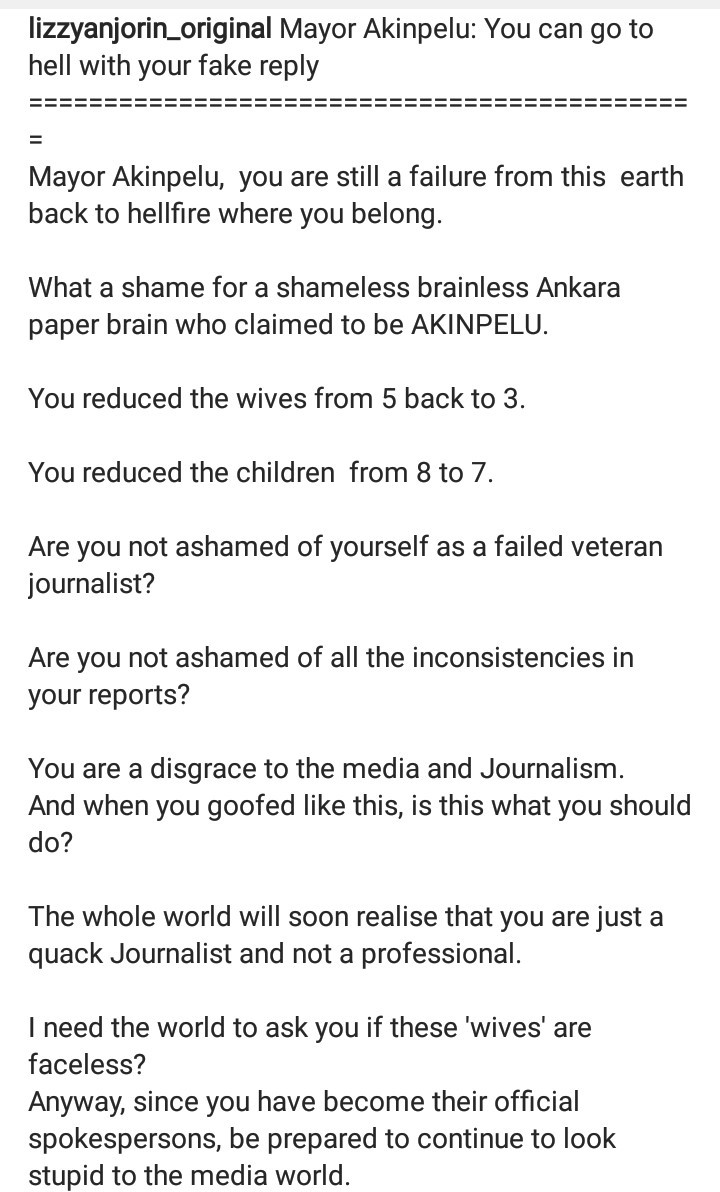 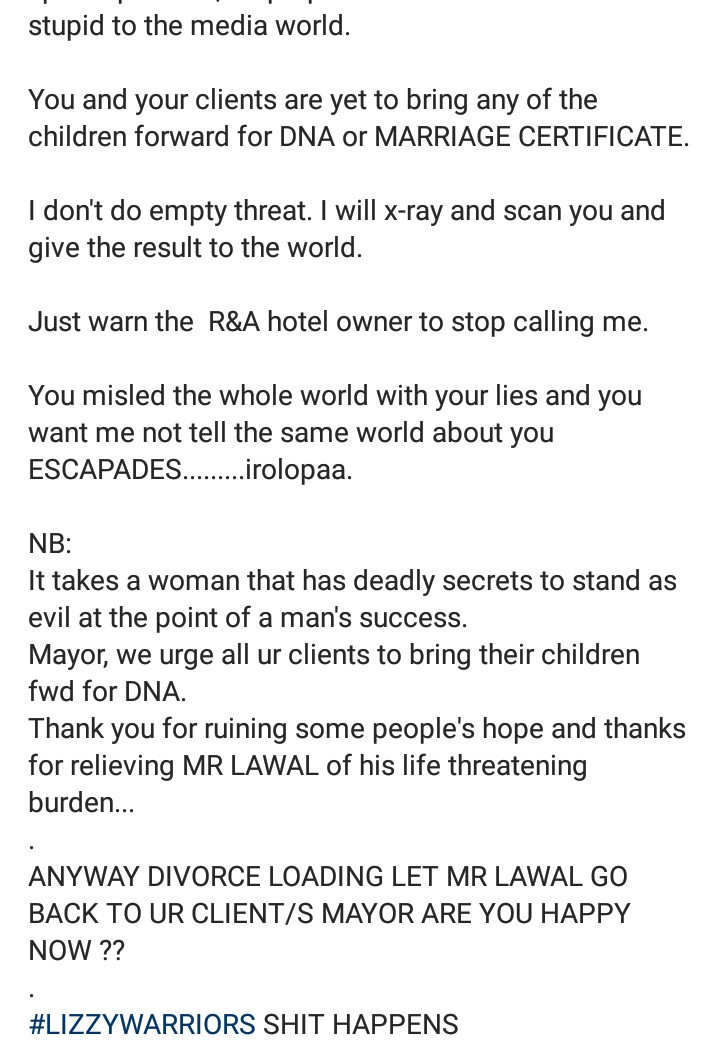 Though Liz insists she's the only wife, though photos of her husband kissing and hugging his other alleged wives and kids have been shared online One of the alleged wives is active on Instagram and posts photos with Liz's husband, Lateef Lawal.

Below is a video of Liz and her husband;