A young and promising Nigerian woman has made Africa proud after bagging first class from University College London. 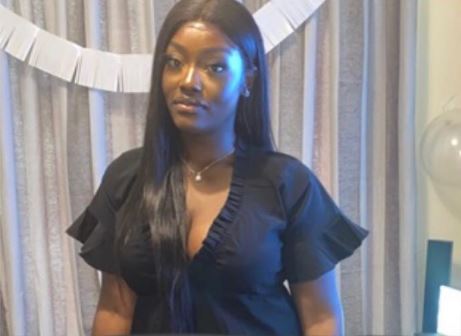 Habiba Sule Adejoh
A 22-year-old Nigeria-born student at the University College London, in United Kingdom has made the Africa communities and especially Nigerians across the world proud, Abuja Press has reported.
The girl identified as Habiba Sule Adejoh, daughter of MOP President, Dr. Suleiman Adejoh has been celebrated across the world, as she becomes one of the few Nigerians in history, who has graduated with a first class from the University College London.
Habibah Adejoh's historic graduation has made headline and coverpage stories across international newspapers and mediums across the world. President of University College London in the United Kingdom, Prof. Micheal Arthur congratulated the young and intelligent Habibah Sule as well as the entire 2019/2020 graduaring students and wished them the best life endeavours.
On graduation, Habibah Suleiman Adejoh dedicated her result to God, her family and Members of Messengers of Peace-MOP, as well as AFM Members. She thanked them for the courage and supports she received throughout her academic years in the UK. Habibah Suleiman is an indigene of Kogi State, from Ogugu community in Olamaboro Local Government Area.
Habiba Suleiman Adejoh was a student of Bells School in Otta, Ogun state, owned by Former Nigeria President, HE Olusegun Obasanjo, before proceeding to the University College London in UK. Her historic educational attainment her attracted loads of felicitations via several social media handles, especially from Member of MOP across the world, who congratulated her and called Habibah a genius.
Top Stories