The actor had just finished a new movie titled ‘The Unknown Prophet’, partially shot in Yenagoa, Bayelsa State when he passed. 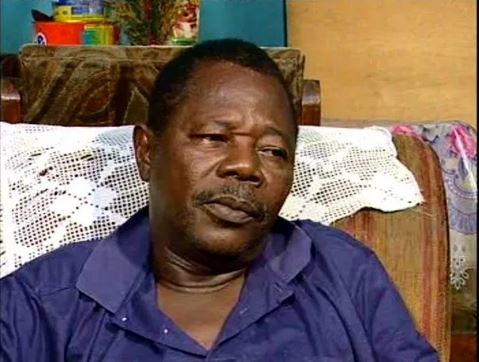 The actor had just finished a new movie titled ‘The Unknown Prophet’, partially shot in Yenagoa, Bayelsa State. He then moved to Owerri to commence editing the film produced by Favour Ogosi.

His hotel room door had to be forced open after he failed to respond to numerous phone calls the following morning.

The movie was dedicated to his memory.

He wrote, “Around this time in 2011, I was just starting my bar finals exams when news of your death hit me. 9 years gone! 9 years remembered! Rest on Erhamwen!”.

In honour of the late actor, PREMIUM TIMES remembers his life and times

He was born on Christmas Day in Enugu in 1945 to Arase Efeimwonkiyeke, a warder, while his mother was a petty trader who sold bean cakes. He was raised in Abakaliki, Ebonyi State. During an interview with the Vanguard, he said he lost his father when he was in elementary school and spent 13 years in about six schools.

According to him, it was because he had to help his mother in her trade in order to earn income for the family

He was the only son and the youngest child of his parents.

The multitalented actor, who began acting in 1960, played the lead role of Akarogun in Wale Ogunyemi’s Langbodo at FESTAC ‘77.

He described it as his first truly well-paid job. In the 1960s, he joined the drama club of Government College, Afikpo. There he recorded his first big break. The following year he wrote, produced, directed, and played the lead role in his first stage play, ‘Vendetta’. His performance earned him a scholarship to complete his elementary school. After secondary school, he set up the Ovonramwen Theatre Group.

He would later found the short-lived Sam Loco Production Company in 1979. He joined the Nigerian Television Authority (NTA) where he rose to become the Head of Drama department a year after.

He featured in over 500 films and stage productions like ‘Things Fall Apart’, ‘Tom and Jerry’ (with Chinedu Ikedieze and Osita Iheme), ‘I’ll Take My Chances’, ‘Final World Cup’, ‘Long John’, ‘Ukwa’, ‘Osuofia in London’, ‘My Love’ and ‘I want to harvest you’. The late actor was originally billed to play Zebrudaya’s role in Kunle Afolayan’s 2012 hit movie, ‘Phone Swap’.

He gained admission to study Political Science at the University of Ibadan in 1971. He didn’t follow through as he was shortlisted for employment as a Sales Representative at Michelin Tyres. He joined Dunlop in 1973 as a Senior Sales Representatives, Tyres and Allied Products. He was transferred to Benin in 1974.

While working for Dunlop in Benin, he landed a role in the NTA Benin’s television series, ‘Hotel de Jordan’, and also performed in a rendition of Ola Rotimi’s ‘The Gods are Not to Blame’ at a theatre festival.

During an interview with a former editor of Sunday Guardian, Jahman Anikulapo, published in 1991, the late actor revealed that Dunlop sacked him because they were unable to cope with his increased involvement in drama.

He also told Mr Anikulapo that by late 1977, he became a sales manager with Karo Pharmaceutical and left after he received his first salary.

The late actor was looking forward to retiring and going into large scale farming at his Abakaliki, Ebonyi State farmhouse before his sudden death on August 8, 2011.

He was also involved in setting up some Acting Schools in Uganda, and The Gambia before he passed on.

Check out one of his famous movies below: